From an early age, we tell our children: Choose your words carefully… Think before you speak… Don’t say something that could hurt someone else… and many more similar lessons. If you have ever parented or taught a young child, I’m sure you have found yourself in a situation in which you have had to tell a child not to say something.

Most of the time, young children aren’t trying to be malicious, mean, or callous when they something hurtful. It’s a norm that they just haven’t learned yet. When my youngest was around 4, he refused to hug someone we knew, and ran away from her while yelling, “Your mouth smells funny.” I was, of course, mortified, but he had no idea he’d done something wrong and everyone laughed it off.

But adults should know the power of words, should know that their words have consequences and they must think and choose their words wisely. Sadly though, I have seen more and more adults needing to be reminded of these early life lessons.

Last week, an incident arose in my area that has me pondering how these lessons are still not engrained with so many adults and how we, as a society, still need to think about the power of words.

I received several calls last weekend, as the Director of Holocaust Education for our Jewish Federation, about a mandatory meeting for spring season athletes at Madison High School. At this meeting, an outsider speaker – not a school or district employee – came to present a motivational speech to the teens.

During his presentation, the speaker used pictures of famous leaders including George Washington, Abraham Lincoln, Derek Jeter, and then, side-by-side, photos of Dr. Martin Luther King, Jr. and Adolph Hitler. The message, from what I understand (and remember, I was not personally in attendance), was to show the example of how good leaders do a lot of good but can also “have bad moral character and intentions.” 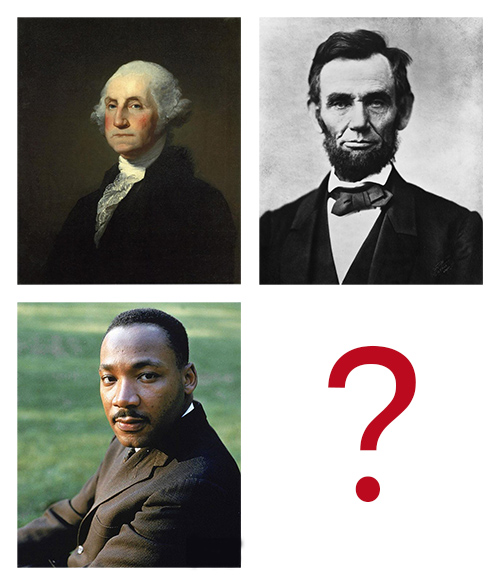 Yup – I would certainly say so. Adolph Hitler “had bad moral character and intentions.” As a leader, “bad moral character and intentions” does not even begin to explain the horrors that Hitler enacted over his 12 plus years in power. A picture of Hitler placed amongst those others in front of a group of teenagers was an extremely poor decision, and I can only hope that it was one that was just not well-thought-out as opposed to being etched in anti-Semitic beliefs.

Now, had this taken place a decade ago, it might have been a small incident in one town only. But in today’s world, words and images live forever. They spread vastly in only moments, and what is said to a group of teenagers on a Saturday morning in New Jersey, is suddenly known across the country. I woke up to an email on Sunday morning, not even 24 hours later, from a colleague in Los Angeles, asking me if I knew about this incident.

As my work week began last week, I fielded emails and phone calls about what had taken place and I quickly reached out to the Madison School District. I will say that both the district superintendent and the high school principal have been very open to talking with me. They also seem interested in having a program to address the issue, and I do hope that comes about. But it is the true power of words and how quickly those words can spread – for both good and bad – that is most concerning here.

At the Holocaust Council of our Jewish Federation we know how important it is to teach the lessons of the Holocaust in a correct and thoughtful manner. We work hard to ensure that our speakers are accompanied by trained moderators and are given the tools to affectively engage and teach young students. It’s also why we emphasize that Holocaust education is mandated in New Jersey and should be embedded into middle and high school curriculums.

Clearly, the lessons that words can hurt is not just for toddlers… teens and even adults need to be reminded about the power of the words they choose on a regular basis. That speaker should have had several “stop and thinks” before saying what he did in front of a group of teenagers.