Established in 1982, the Jewish Community Housing Corporation (JCHC) was the culmination of more than 20 years of effort by far-sighted professionals and community leaders, all dedicated to the issue of housing for persons age 62 and older.

JCHC provides the independent elderly with suitable living accommodations and related services, and enables them to express their own Jewish affiliations through services and practices consistent with all approaches to Judaism.

Today, the corporation owns and manages five buildings with a total of more than 600 apartments in Essex and Morris counties.

The Jewish Federation Plaza at 750 Northfield Ave., West Orange, is a 134-unit apartment building that opened in 1980.

The Jewish Federation Towers on Linden Avenue at Clinton Avenue, Irvington, is a 134-unit apartment building open since 1982.

At The Village Apartments of Jewish Federation, 110 Vose Ave., South Orange, JCHC has 68 market-rental units for elderly persons of modest and higher means. This building opened in 1988.

The newest addition to JCHC, completed in 2001, is the first Jewish-sponsored and kosher assisted-living community in the state of New Jersey. The Lester Senior Housing apartments, located on the Alex Aidekman Family Jewish Community Campus in Whippany, consists of 180 units: 84 market-rental one- and two-bedroom apartments; 36 one-bedroom apartments for residents of low and moderate income; and 60 assisted-living units, some that are studios, and some with one bedroom.

The JCHC offers the independent Jewish elderly a choice of stable housing that meets their needs for space, comfort and modest assistance in a Jewish atmosphere where they can feel at home. 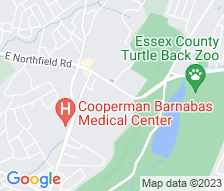