Orthodox Jewish Israeli leaders meeting and learning in a mosque. 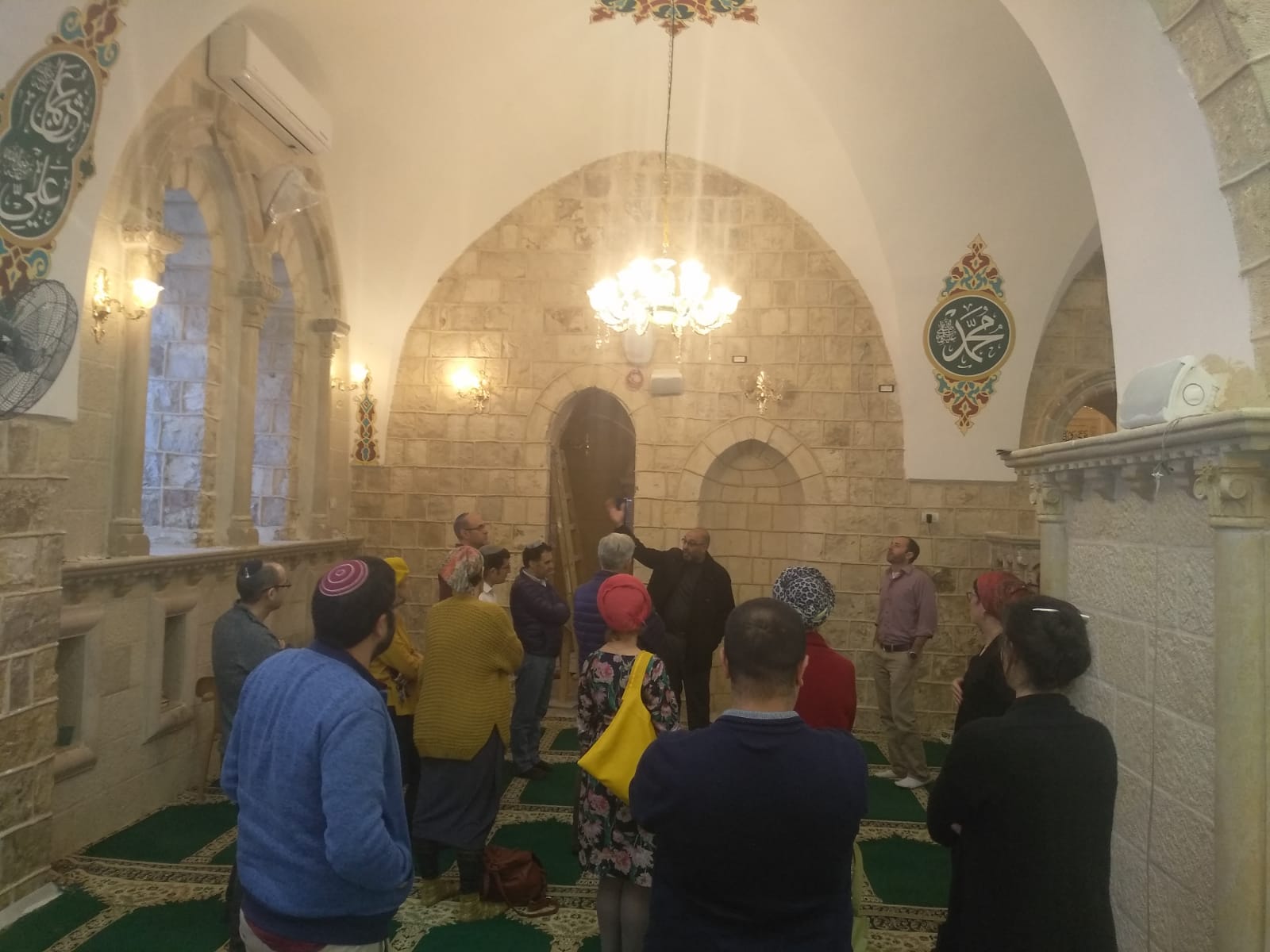 If you’re reading the news from Israel, you’ll see a lot of grappling, especially in the religious Zionist sector, about the decision of the “Jewish Home” party to join forces with extreme-right Kahanists (based on the ideology of Rabbi Meir Kahane that the majority of Israeli Arabs are enemies of Jews, and that Israel should be a Jewish theocratic state, in which non-Jews would not have voting rights). Many people have articulated concerns and opposition to this step and are watching the developments with great interest.

That’s why it’s so important to create understanding and knowledge about the Arab-Israeli sector among religious Zionist leadership, and to help create a leadership there that feels responsible for the entire Israeli society. Our Jewish Federation is supporting such a program through our Global Connections Kedma platform, specifically targeted at the (Orthodox) Religious Zionist community. 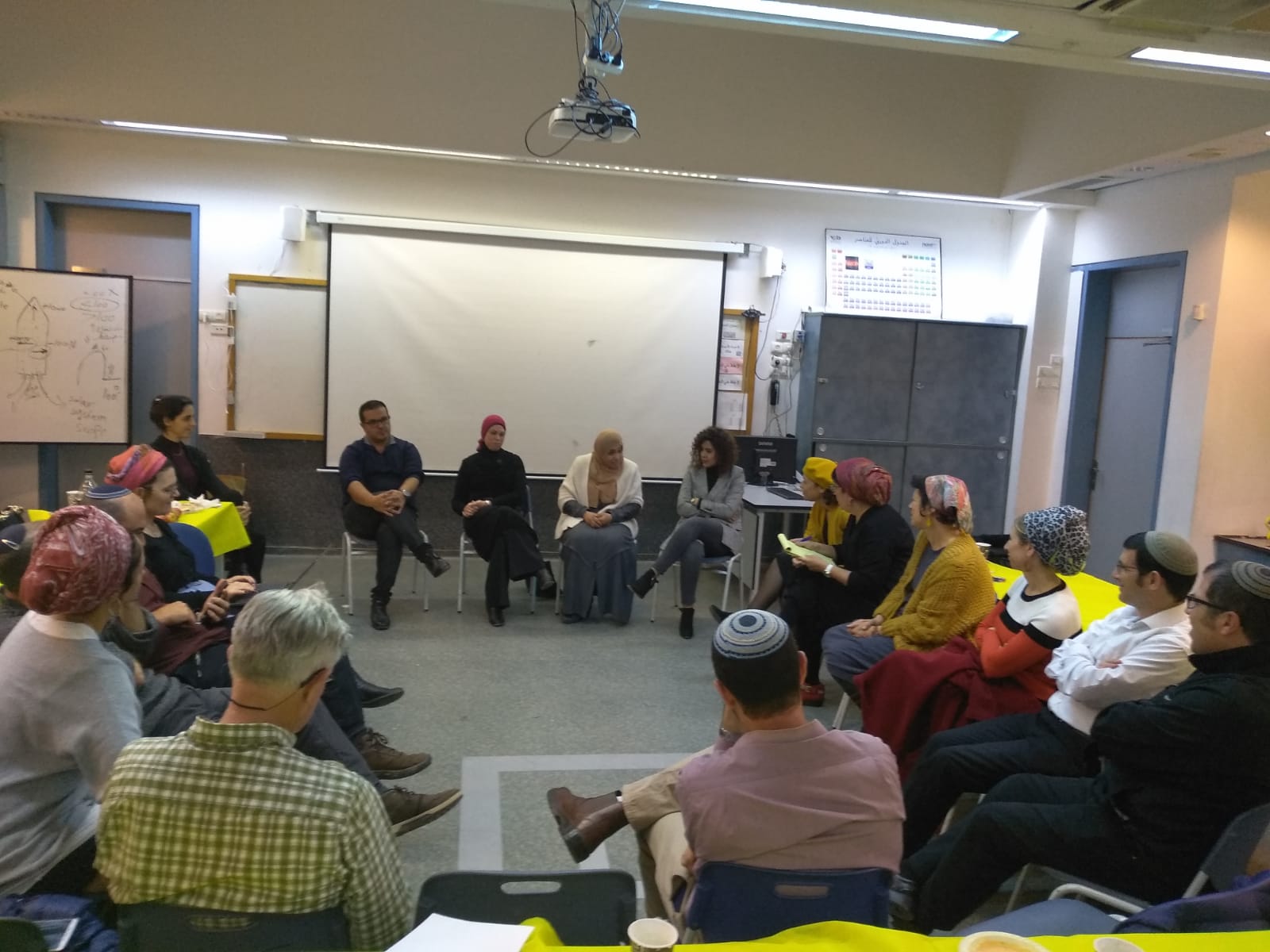 There are 15 participants in the program, representing some of the most influential organizations and positions in the community today. They include the General Secretary of B’nei Akiva, the Chair of the Bat Ami organization (which runs Sherut Leumi service year programs), the CEO of the Makor Rishon newspaper, journalists, communal rabbis, school principals, and more.

Last week, they went to the central Arab-Israeli town of Taybe. For most of the participants, it was their first time visiting an Arab city. They heard from leading journalists and researchers about the situation in the Arab society. They visited one of the central mosques, traveled around the city, and met city department heads to hear about the infrastructural and societal challenges they face. In the concluding conversation, it became clear just how confusing and meaningful this visit was for the participants.

Not one of them realized just how the vast the gaps between Arabs and Jews in Israel were and how challenging it truly is to try to create socioeconomic equality between the two populations.

Not one of them knew of the internal changes the society is undergoing, and, I was told, not one of them had ever had an honest, open conversation with a colleague (someone from a similar educational or employment background) who is an Arab-Israeli.

The lesson that most of them left with is that they are not just onlookers in the discussion about the future of Arab-Israeli society. And that Israeli Jews – and even more so Religious Zionists – have an active role to play in shaping the future of the community. Given that there are simultaneous trends of moderation and radicalism in the community, the question of which direction the future of Jewish-Arab relations will go is based heavily on this dialogue.

You should be proud that our Jewish Federation of Greater MetroWest NJ is supporting this program and several others that focus on civic societal issues in Israel. It’s a true clarion call for tolerance, diversity, pluralism, and mutual respect. We’re already seeing its impact on the professional and public activities of its participants; I have no doubt that this will only grow in time.