We were glad to host Asher Ostrin from our partner agency the American Jewish Joint Distribution Committee (JDC) this week. Asher has dedicated his life to the Jewish People, to rebuilding Jewish life in former Soviet countries and elsewhere, and to connecting all of us to that vital role. During his presentations one point struck me as particularly powerful. 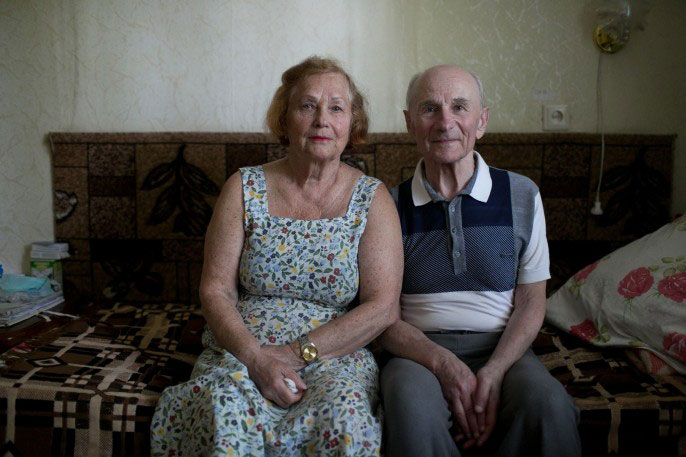 It’s this issue of the elderly in the former Soviet countries. Our Federation dollars leverage JDC’s work across 11 time zones in several thousand locations – and in many of the locations there are elderly Jewish clients dispersed far and wide.

Wouldn’t it be so much easier if the clients were centralized in large urban areas?

So, it’s a really good, and obvious, question. Especially when you think about two factors that are worth considering:

1. Our Jewish Federation is a leader in partnering with social service agencies that are experts in ageing-in-place programs and elder-care facilities. We can tap into our vast expertise here in New Jersey, in Israel, and around the world.

2. The trend of Jewish life is consolidation and urbanization.

But… according to Asher there are (at least) three reasons why we’re not going to see any centralization of elderly clients to more efficiently receive the life-saving food, medicine, and homecare provisions that your UJA dollars provide in the former Soviet Union:

1. From a demographic perspective – all those who would move have already moved. Most of them left in the late 1980s and early 1990s. Those who are now elderly in their apartments don’t want to move, and forcing them to do so isn't something we can feasibly or morally do.

2. From an economic perspective – building senior housing is an astronomically expensive proposition in former Soviet countries. It would destroy our budgets and we’d need to create a whole infrastructure around these facilities that doesn’t currently exist.

3. From a psychological perspective – the idea of a communal home is a terrifying prospect for an elderly person in the former Soviet Union. It conjures up all kinds of horrible institutionalized Soviet memories.

I’m not saying it won’t happen. I’m certainly not saying it can’t happen. But if you've got the desire to make a massive impact on the lives of elderly Jews in the former Soviet Union, the best bang for your charitable buck right now is through our UJA Campaign support of the Hesed system (our Federation-supported welfare centers across the FSU) and its incredible life-saving work.

If you haven’t yet climbed the five flights of stairs in a crumbling Khrushchyovka building to meet and hold the hand of an elderly client whose life is saved because of the generosity and kindness of our supporters…  come with us on a mission soon, and see what we mean when we talk about saving one life is like saving the entire world.

*“There are two ways of spreading light – to be the candle or the mirror that reflects it.” – Edith Wharton