The Ghost Army – 23rd Headquarters Special Troops – was one of the more fascinating and unknown units that fought in the Second World War.

A small unit of 1100, they set up dozens of ‘deceptions’ (they called them ‘illusions’) to fool, intimidate and confuse the Axis powers. There are fascinating stories of costumed Ghosters pretending to be generals, building decoy weapons, and create diversions. Their exploits saved the lives of countless thousands of Allied troops by misdirecting the Nazis.

"I used to refer to us," one of its soldiers says, "as 'the Cecil B. DeMille warriors.'" 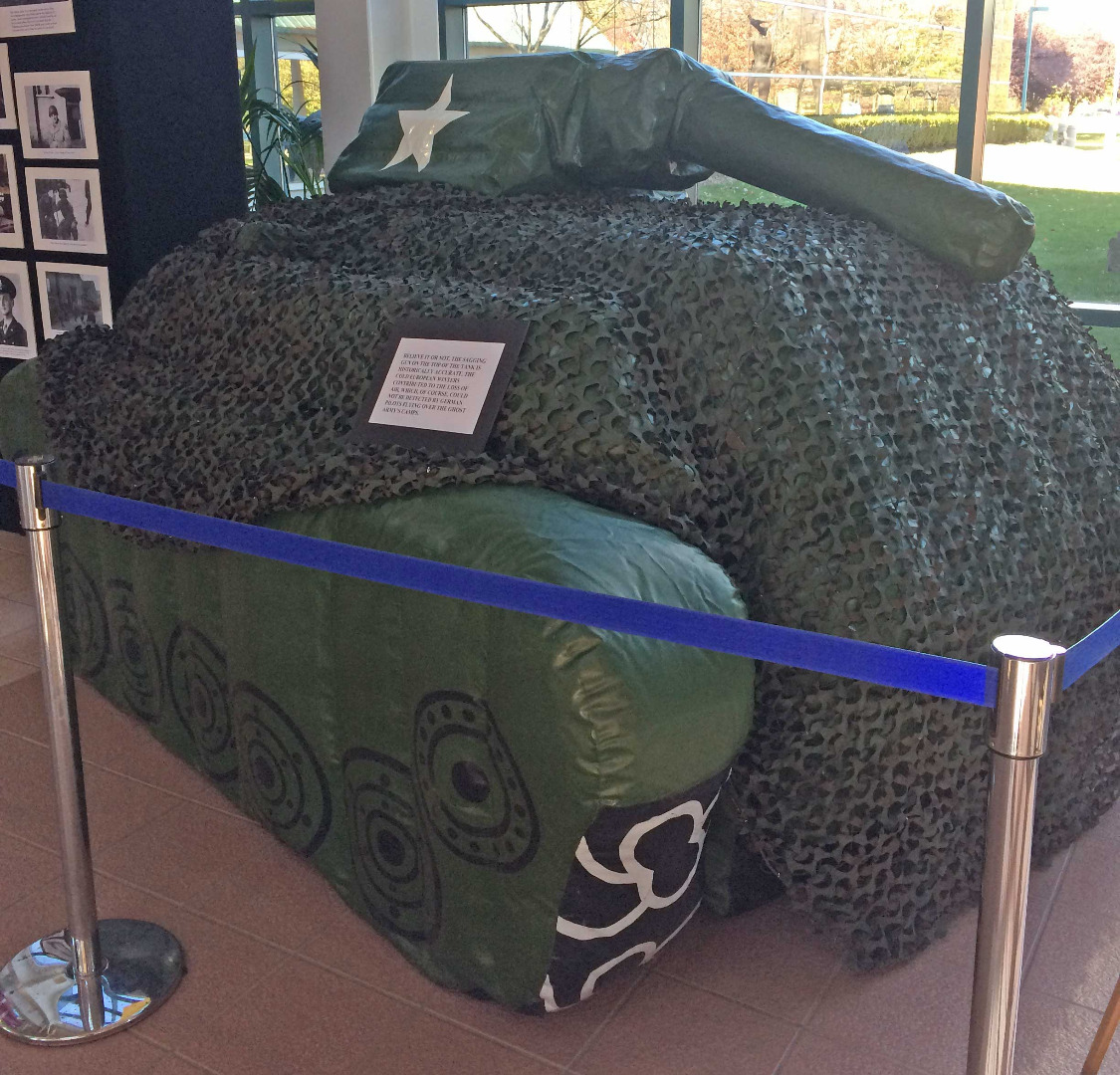 Three (at least) members of the “Ghost Army” live in our community. On Tuesday we’ll get the chance to thank them for their service, while watching with them a documentary about their unit’s feats. The movie and exhibit is presented by the Jewish Historical Society of NJ at our Federation's Aidekman Campus, this Tuesday, November 11 at 7 p.m.   If you come, you can also see one of their inflatable rubber tanks in the entrance hall. (And yes, interestingly enough, the sagging tank barrel is accurate…cold European winters meant that the inflatables would lose their air).

Why next Tuesday? Because November 11th is Veterans’ Day.

Our Chaplaincy Council estimates that some 10,000 American Jews are currently serving around the world. In the Second World War, some half a million Jews fought for the United States, of whom 52,000 received medals and decorations. There are tens of thousands of Jewish veterans today – and we have many here in Greater MetroWest.

We need days like Tuesday to remind us of their service and sacrifice. Let’s find time that day to celebrate our veterans and thank them.