I was grateful to give the dvar – the Torah reading – at the JCC of Central New Jersey’s annual meeting earlier this week. Here’s what I said…

This coming Shabbat we read Beha’alotecha, as you raise up your lamps. It’s the beginning of a new journey for the Jewish People. 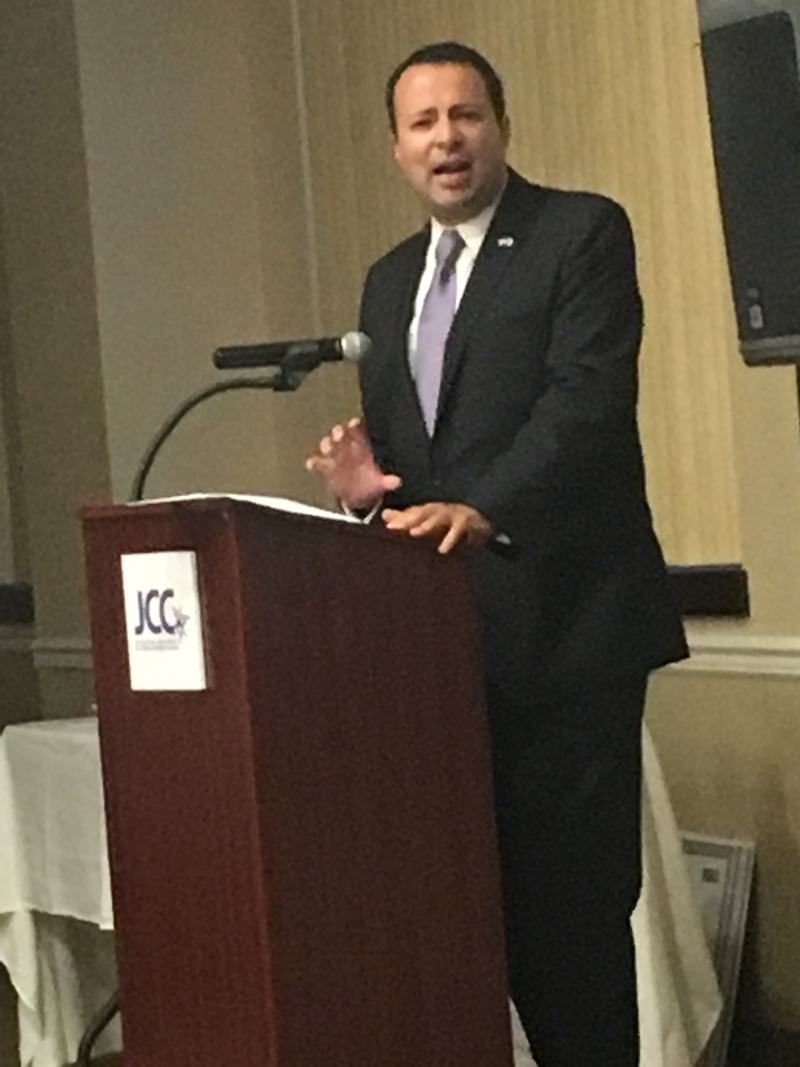 Here’s the story so far. For the first time since the arrival at Sinai, the Jewish People are finally on the move. They’ve spent part of Exodus, all of Leviticus, and the beginning of Numbers just working through commandments about buildings and society. But now we finally get moving again, and the Jews learn how to function as a community. This week is the beginning of that journey.

And then… three things happen that help us see the formation of the Jewish community.

First, God reassembles the 70 Elders – a kind of council of wise officers. There’s a theory that this is, in fact, a replacement council, because the previous 70 were burned up in that fire.
So, probably not the best position if you’re looking for job security.

But the point that God makes to Moshe is that the Council of Wise Elders has to share the leadership and management burden that he’s been facing alone. You can’t do this alone; you need people to help you.
Leadership is about collaboration.

Second, Miriam and Aaron, annoyed that Moshe married a stranger – a Cushit woman – say that no one has a monopoly on power.
“Has God only spoken to Moshe? Doesn’t he speak to us too?”
God is furious at their attack on Moshe and inflicts Miriam with a form of leprosy.
As he does so, he explains that regular prophets see God in dreams. But Moshe speaks with God ‘mouth-to-mouth,’ and not in riddles.
Moshe sees the image of God, not a dream. He is the true leader.

Leaders delegate, they share.
But there still has to be leadership. You can’t shirk responsibilities. At the end of the day, if you have the job, you have to fulfill your role.

You might not finish it – as pirkei avot says,לא עליך המלאכה לגמור  it’s not necessarily your job to complete the task. Butלא אתה בן-חורין להיבטל ממנה  that doesn’t mean you don’t have to start it.

Third, and I think most fascinating, is the story of Eldad and Medad, who can prophesize even though they’re not part of the 70 elders.
And whereas the 70 elders have to go outside the camp to receive prophecy, Eldad and Medad have that gift inside the camp.
Joshua, Moshe’s servant, hears this and says to Moshe, “Throw them in jail.”

But Moshe says, “Are you jealous for my sake? If only all of God’s people were prophets, that God would give his spirit to them.”

If only all of God’s people were prophets.

We are not, in truth, all prophets. We’re a stiff-necked people, tough to organize, frequently complaining.
Prophecy is given to fools, and we don’t see prophecy in our modern times.
But we still see a deep yearning for connection, for meaning, for community.

I’ve been the Exec of our Jewish Federation for almost three years now, and I’ve served in Israel and the Jewish community for pretty much all of my adult life.
And what I’ve seen, again and again, is that the categories we’ve been using to define communal leadership and engagement don’t really work in the same ways anymore. The connections and emotional ties to Israel, to Jewish history, to community, aren’t the stable underpinning fabric of Jewish identity that we used to take for granted. It doesn’t matter where you live, or where you’re from. It’s the same story all over the Jewish world today.

Living in the most free and open society in history, we face a daily barrage of options and choices. Do we connect or do we withdraw?
Do we give in to the alienation and atomization of the culture around? Or do we think through who we are, why we are, to become counter-cultural? To stand up for something?

Our JCCs are a statement. They remind us to not imprison the Eldads and Medads. Not to take for granted who and what we are.
Our JCCs remind us that we’re not a monolithic society and culture; that no one holds a monopoly on expressing Jewish identity and community.
Our JCCs hold the power of prophecy inside the camp.

My prayer for us, my deepest hope, is that we – you – continue to raise up the lamps, Beha’alotecha, to see the inclusivity and welcome to all in our community.
I know that we can do it together.