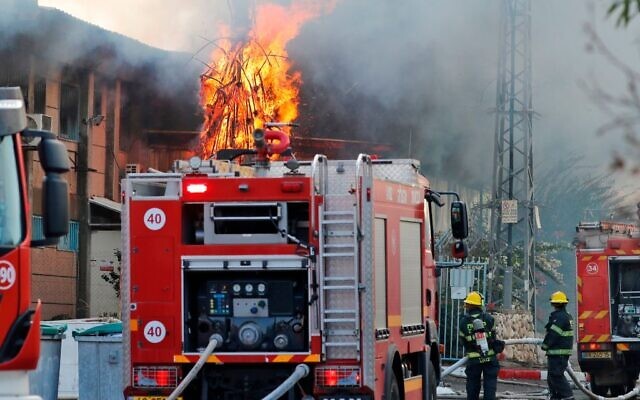 As you are probably aware, there has been a major flare-up in violence between Israel and Gaza in the last couple of days. Here are the major points, from our national Jewish Federations team in Israel:

On Sunday night, the IDF bombed a building in the Gaza Strip in a highly targeted strike which killed senior Palestinian Islamic Jihad Leader Bahaa Abu Al-Ata, as well as his wife. Baha Abu Al Ata was a senior leader in the Palestinian Islamic Jihad. He was responsible for perpetrating the vast majority of terrorist attacks against Israel from the Gaza Strip in 2019, including the launch of more than 800 rockets and mortar shells.

The attack hit the specific room where Al-Ata was located, leaving the rest of the building undamaged.

In response, more than 250 rockets have been fired at Israel by Palestinian Islamic Jihad since 6 a.m. Tuesday, Israel time.

Here are some of the major developments as of Wednesday morning, reported by our National Jewish Federations and Greater MetroWest offices in Israel:

Our partner agency JDC is in the middle of a process of reaching out to municipalities in the South to assess needs. JDC has also opened the Virtual Center for Independent Living, which is a hotline for elderly residents living alone who may need special help, advice, or counseling during the current emergency situation. The hotline was established with the support of a Jewish Federations grant. In addition, the JDC Ashalim program has recently trained social workers who work with families at risk, to provide special care during emergency situations and crises. The social workers are provided with a special emergency kit, which has proved – over the last 24 hours - to be extremely effective.

Our partner The Jewish Agency’s Fund for Victims of Terror (supported by Jewish Federations) has already provided immediate emergency assistance to families whose homes in the south have suffered direct hits. Within hours of yesterday’s attacks, the Agency’s Amigour subsidiary sent construction teams to repair homes hit by rocket fire, in coordination with the Ministry of Finance. The Jewish Agency has also provided assistance to 6,500 new immigrants in absorption centers and 5,000 seniors in assisted living facilities in areas affected by the current crisis. At the same time The Agency is in talks with local municipalities in the south discussing the possibility of respite days for residents of the affected areas.

The Israel Trauma Coalition’s resilience centers continue to experience a significant increase in emergency calls. ITC is a funded partner of our Jewish Federations. The Natal and Eran hotlines are operating at full capacity, 24 hours a day, and are currently reporting a 40% increase in call volume. Over 50% of calls are coming from the center of the country, 20% from the South and 15% from the North. Most calls are from anxious parents seeking guidance as to how to speak with their children about the situation. ITC instructions that provide recommendations on to how to help children cope in times of crisis, have been widely disseminated.

We were grateful to receive the following message of support from Governor Murphy yesterday:
“The continued random targeting of innocent Israeli civilians by terrorist groups is not only cowardly, but must be condemned in the strongest terms. New Jersey stands with all Israelis who wish to live free of the fear of unmitigated terrorism.”

As always, our Israel office remains in close touch with Israeli government authorities and our partners and is very closely monitoring the situation.

We send our warmest wishes for safety to all our friends and families in Israel, including, and especially, a delegation of chaplains from Greater MetroWest Chaplaincy.

To see a special message we recorded in Hebrew and sent to our family and friends in Israel, click here.