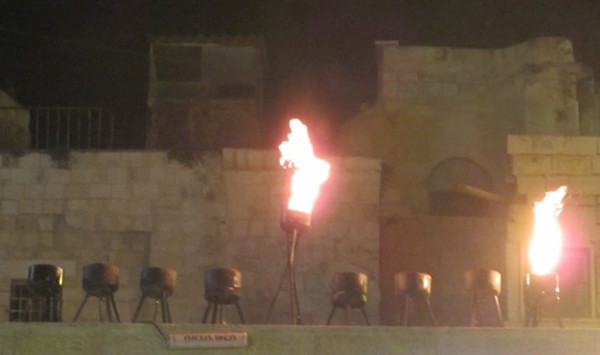 There’s a fascinating debate in the Talmud, in Tractate Shabbat, between the House of Hillel and the House of Shammai.

The question that they’re debating is to how to light the chanukiya, the menorah that we use for Hanukkah.

Shammai says that the candles should be lit in descending order. So eight candles on the first night, seven candles on the second night, and so on, down to one candle on the eighth night. You count down, in order to truly understand what happened.

The House of Hillel says that you need to light the candles in ascending order. So it’s one on the first night, two on the second night, and so on. They use a rule that says that you increase in matters of holiness, you don’t reduce. In Hebrew it’s “maalin be’kodesh v’ein moridin.” It’s a basic halachic rule, a rule of Jewish law. We increase in matters of holiness. We don’t reduce.

So Hillel won the argument, and that’s how we light our chanukiyot. But think about why they won, and why we do it in this way.

Just as the number of candles increases each of the eight days, and we get a brighter light each night, that’s how we grow from day to day. If all we do is count down to something, we lose the sense of the infinite and the expanse of horizons. Every day we strive to do a little more. As Jews, we never say, "I’m perfect. I’ve done all I can do. I have no more to achieve.” We struggle, we aspire. We grow.

Many, many years ago, in school, I had to learn classical history. And many of us studied Plutarch. There’s a famous quotation ascribed to Plutarch. It says that Alexander the Great wept when he declared, at the ripe old age of 33, that there were no more worlds to conquer.

But that’s because he wasn’t Jewish. Jews wouldn’t have cried because there were no more worlds to conquer. We don’t see horizons that way. The ancient Greeks loved the physical body. They loved easy living. They raised pleasure to the highest level. Not spirituality, not intellectual passion, not long-term growth. A Jewish Alexander the Great would see life differently.

Because in life we grow.
We add candles.

We don’t stop because we think the task is finished. We keep going because we know that we’re not going to finish the task… but we’re not free to desist from starting it.
In Pirkei Avot, the “Sayings of the Fathers,” we read…

לא עליך המלאכה לגמור ולא אתה בן חורין להבטל ממנה We’re taught that you don’t have to finish the work, but you’re also not free to NOT start it either.