I was visiting Kehilat Ra’anan a couple of days before Rita passed. I was there with our new Global Connections team members in order to tell the story of the place, which correlates with the legacy of our community – a legacy in which Rita plays an important part. I shared with them the following anecdote, which reflects the uniqueness of our Federation and the greatness of our leadership:

Some 20 years ago, the status of the Reform and Conservative movements in Israel was in very bad shape. Not that everything is great now, but back then there was total delegitimization on behalf of the state and the society. A few years before, our Federation had created the Religious Pluralism committee in order to provide Israelis with more diverse Jewish options. We were pioneers in this field and a national model.

One of the first things we did was to explore the status of pluralism in our own partnership city of Ra’anana. We discovered that there was a very dynamic group of Reform Jews in town who wanted to build their own synagogue. Not surprisingly, the municipality refused to allocate the land for it.

The group found their way to us, Jewish Federation of Greater MetroWest NJ, and asked for our support: “If you are a real partner and you are a real pluralistic community, how can you not help us get this basic thing that we ask? Please speak with our mayor, he will listen to you.”

One would have thought that an American Jewish Federation, especially in that era, would not be inclined to interfere in such an internal municipal issue. They would have been wrong. This was MetroWest NJ! 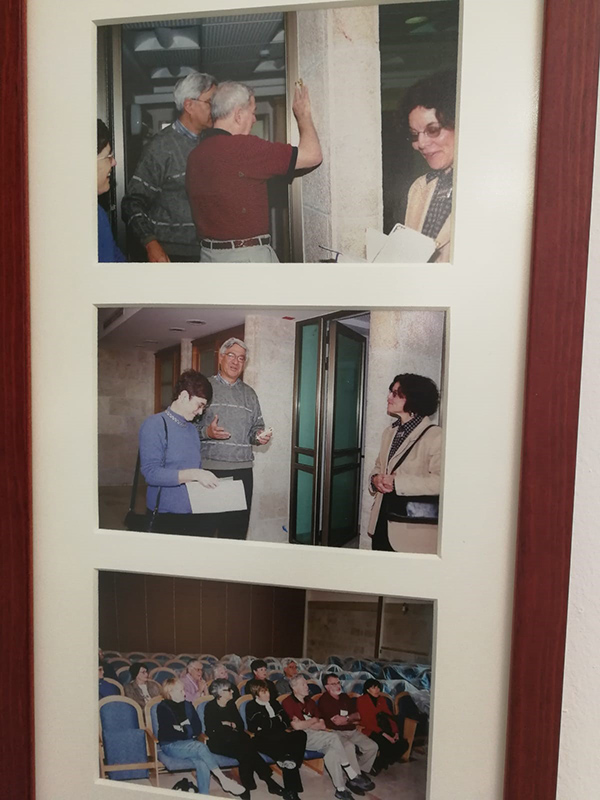 The president of our Federation at that time, Murray Laulicht, a proud Orthodox Jew, spoke with our late beloved past president Jerry Waldor, a proud Reform Jew, and they agreed to come together in a pluralistic demonstration, to advocate for the case, support the congregation, lobby the mayor, and speak to his heart. Clearly this worked because, a few years later, the magnificent Kehilat Raanan synagogue building was inaugurated. The guest of honor was the mayor. The two people that got the honor and mitzvah of affixing the mezuzah were Murray and Jerry, along with their wives, Linda and Rita, both community leaders themselves. What a remarkable accomplishment. These photos, including the one with Rita sitting in the front row of the synagogue, have hung above my desk ever since.

This single story is about the power of our community, the role of our leaders, and the strength of Jewish unity. Rita Waldor elegantly epitomized all of these. She will be greatly missed here in Israel.