Often when asked what Federation means for me my answer is: “It is my best vehicle to translate the big global Jewish scene into a local, intimate digested sphere – glocal.” This past week provided me with yet more proof of this theory. 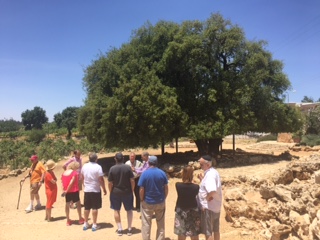 I went to meet with a Federation mission group in Jerusalem. As I entered the room and found a seat at the back, the participants were in the midst of listening to a presentation by an IDF Brigadier General. He was talking with them about the high moral standards of our soldiers compared to the total cynicism of Hamas. He was sharing with them a painful personal example of how he lost three of his elite unit soldiers in a booby-trapped UN building during Operation Protective Shield. Hearing it, I emotionally connected with his words. Without even introducing myself to him or the group, I interrupted: “Wait a minute. You are telling the story of Matan Gottlieb, aren’t you? This is also the personal story of our GMW community and your audience. Our stories are now intertwined.”

Matan z”l was a Diller Teen Fellow from our cohort of “MetroLezion,” a renowned teen leadership program supported by the Hellen Diller Foundation, Greater MetroWest Federation, and our partner community of Rishon Lezion.

When he was killed in action, Matan’s New Jersey peers and our community at large commemorated him as one of us. His parents visited New Jersey and have hosted many Federation groups in their home. We also created a fund in his name, and his story connected and educated many community members about Israel in general and the Gaza situation in particular. A sticker with Matan’s photo and his motto: “Peace Ya Man” was distributed among his friends and is affixed in locations all over the world. Matan’s energy and smile were not lost with his death – they still generate energy and inspiration in our community and beyond.

I apologized to the speaker and the mission participants for interrupting like that, but I also used this incident to educate them about the importance of our Federation’s global connections. We saw and discussed the same concept later on that day in Gush Etzion, when learning about the personal stories of the defenders there and in Kibbutz Erez, as we visited the terror tunnels from Gaza and toured the new neighborhood of the Kibbutz with Erez’s children. 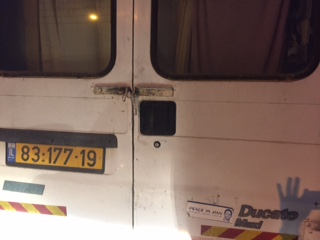 The next day I went to Arad, another partnership city of our Federation in the eastern Negev, for a long meeting with the local P2G steering committee. When we finally finished at around 9 p.m., I was looking desperately for some energizer that would keep me awake for the two-hour long drive home. I got in my car, put on the head lights, and suddenly there he was, appearing from the darkness, in front of my eyes: On the back of the old truck that was parked right in front of me there was Matan, handsome as always, smiling at me from his sticker, saying “Peace Ya Man.”