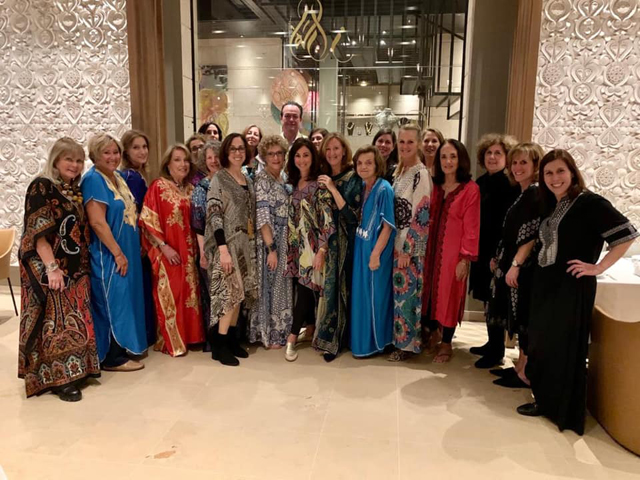 There were so many meaningful moments on this wonderful trip, December 4 to 12, including sharing a Shabbat dinner with a Jewish family in Casablanca, and other opportunities for meaningful conversations with Moroccan Jewish and Muslim women who told us about their lives.

We visited several synagogues, Neve Shalom School, and the Jewish old age home; had lunch with Jewish and Muslim students from the Maimonides School; marveled at the huge Mosque of King Hassan II; and enjoyed tea at the residence of the American Consul General. We toured leather tanneries, cooked a traditional Moroccan meal, and took a belly-dancing lesson. There were so many highlights! We even rocked the Rabat kasbah, which is basically the old fortress-monastery, now a picturesque residential neighborhood with narrow streets lined with whitewashed houses. 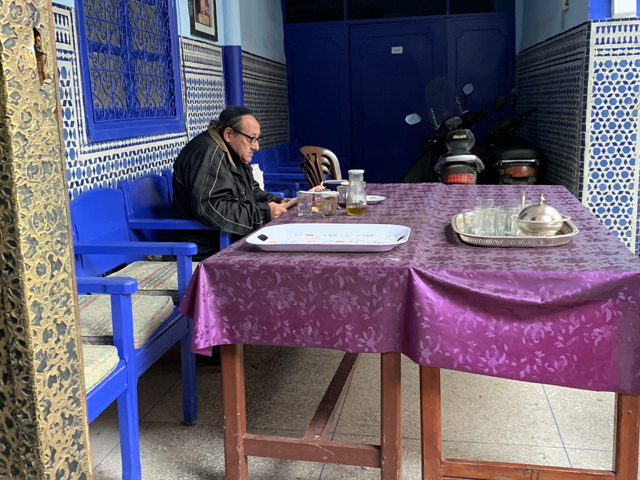 Rebecca Pollack, vice president of Campaign, remarked: “Having just returned from Morocco and experiencing the (very small) Jewish community there, I can tell you that we are making a difference. We saw a man in a synagogue in Marrakech that was founded in 1492, and he was sitting and praying in the courtyard. We learned that he was one of the very few (maybe one of ten) Jews living in the Jewish quarter. Our guide, Raphi, told us that he had just lost his sister and was saying kaddish for her.

“He can go to the synagogue because we care for him, because we know he is there. We make sure he receives a warm meal and medical supplies and a friendly visit. Even thousands of miles away, where there is a Jew in need, WE CARE!”

This mission was chaired by Terri Goldberg, Gail Toll, and Deborah Zuckerman.