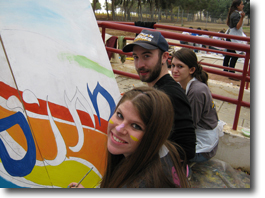 Ofakim is a development city of 28,000 in the northern Negev; about mid-way between Beersheva and Gaza. The Merchavim Regional Council consists of 14 small communities (moshavim) in the surrounding area, with a population of 9,000. The relationship between UJC MetroWest and these communities is part of Partnership 2000, a Jewish Agency program which began in 1996. The partnership has evolved from a focus on economic development to a wide range of initiatives designed to enhance the quality of life, with an emphasis on youth activities and thriving for excellence, including: 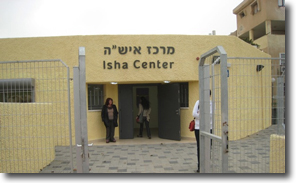 The new ISHA Center (Ofakim Initiates the Integration of Women) in Ofakim, MetroWest’s Partner 2000 city in Israel, is both a women’s center and a “warm home” providing afterschool programming and support to girls at risk. A project of Women’s Philanthropy of UJC in partnership with the Rashi Foundation in Israel — and with grant funds totaling nearly $49,000 from the Jewish Community Foundation of MetroWest — the center officially celebrated its opening on February 16, 2011. Six years in the making, over 200 women from MetroWest generously supported the project, which has created another living bridge between the people of MetroWest and the people of Ofakim, one that unites and strengthens Jewish community.