After digging out of nearly three feet of snow Saturday night and then having to endure the delayed plowing of the runways at Newark Airport on Sunday, I thought that I would never make it to Israel. Being that my trip was already very short, I set a deadline in my mind of a departure by 1 a.m. Monday morning.  If we did not take off by then, I would head home. At 12:55 a.m., El Al flight 26 finally got cleared for takeoff. 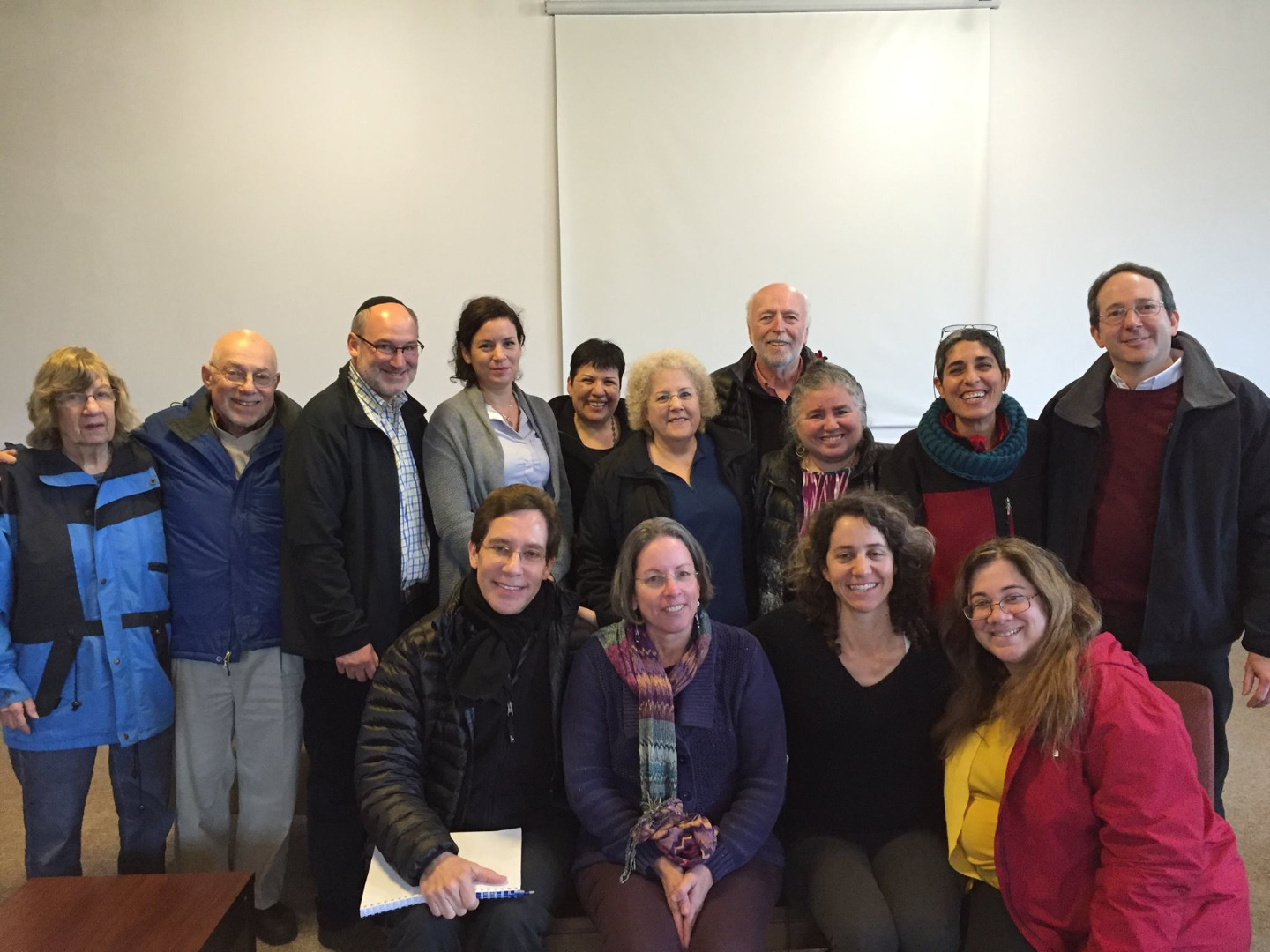 I was heading to Israel as part of our Federation’s annual Ness Mission. The Ness Fund, run by the Jewish Community Foundation of Greater MetroWest NJ, supports economic development throughout the Negev region of Israel. The purpose of our mission is to meet with prospective recipients and learn about their innovative ideas. This year we met with 24 programs applying for funding.

Arriving Monday at 6 p.m. to a rainy, cold Israel, I headed for Yerucham to meet up with the rest of the Ness delegation. That night was short and not very restful for me. Noga Maliniak, our Ness representative, made arrangements for me to be picked up for a 6:15 Sharchrit minyan. It was still dark, raining and cold.

The next stop was Kibbutz Nachal Oz where we were greeted by four amazing women — Ayeled, Anat, Hilley, and Yael. They shared their story of life immediately after Operation Protective Edge. On the day of the cease-fire, the kibbutz suffered a terrible loss when Daniel Tragerman z”l was killed. Following that tragedy, 100 kibbutz members left. These four women were faced with a choice to stay or follow the other families. In the honor of Daniel z”l they decided they would remain and work to attract new members. Last year Ness funded a project through the O'R movement to develop a marketing plan for the kibbutz. The women proudly reported that today the kibbutz has nearly replaced the number of members that had left. In addition, plans are now being developed through O'R to develop a student program and Mechina program for post-high school students.

Suddenly it did not matter that I was tired and cold. A sense of warmth and optimism came over the entire delegation. These brave women were thanking us for standing by them and coming to visit on this cold rainy morning. They set the tone for the rest of my visit. We met a young woman named Nitzan, who, after her army service, formed her own start-up company to bring music, dance, and the arts to the periphery. Throughout our visit town mayors also dropped by and expressed their thanks for our support and their confidence for the future.

On Wednesday night as I walked through Jerusalem, I realized that because of the blizzard I had missed being in Israel for Tu B'Shevat, the New Year for trees. I spotted some almond trees which were just beginning to bloom, despite the cold rain. The almond tree blooms early, and its flowers do not last long. Year after year, it returns and leads the way to spring and renewal.

I thought of the women from Nachal Oz and all the other inspiring men and women we had met. They have so many dreams and visions. In a relatively short time, they have survived numerous setbacks with two wars in four years. Just like the almond tree, they continue to flower, inspire, and lead the way for Ness to continue the mission of strengthening the Negev as part of this unfolding dream.