Stanley Stone, Federation executive director, is on a national solidarity mission in Israel.

We arrived at 5:15 Sunday evening. What was immediately noticeable was the lack of foreign passports that were on line. It was the fastest I’ve ever gotten through passport control. 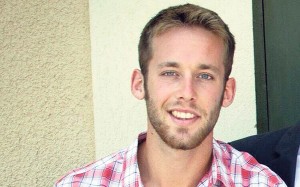 We immediately proceeded to Rishon LeZion, our partner community, where we met with the family of Matan Gotlib. Matan was a Greater MetroWest Diller Teen Fellow who was killed in action in Gaza. Joining his family was his co-Diller Fellow Assif, also from Israel. His entire family spoke of how much life Matan had, particularly his smile. Everyone noted he connected with people through his smile. He was a doer. At a young age he was not someone who talked a lot, but took control to get things accomplished.

Assif said that at the first meeting of Diller, Matan was immediately singled out as "hot." Before the first meeting ended, she said everyone in the group knew he was the leader. He always pushed the group to take action. Words were fine, but if it had no concrete action "nothing would ever change." His parents echoed his leadership skills by noting that his commander and members of his unit all spoke about his leadership qualities. He exemplified confidence. His was a loving son and brother.

When we asked if his parents had any regrets they said no, they only hope that sooner rather than later peace will come. As we left we noticed that Mrs. Gotlib was wearing a necklace with a bird. She told us that the bird was the symbol of Matan’s unit and by wearing it he remains a part of her.

Monday was spent with our partners in the Negev. In Ofakim we saw the spirit of resilience as we visited the Resilience Center. This center, which is a volunteer initiative, brings volunteers together to complement the emergency efforts that the city provides.

In Kibbutz Erez, we saw more examples of the community not yielding to this terror. As we were leaving the kibbutz we asked if we could go to the observation point to look out at Gaza. As we were leaving, Yonkal said to me, “you know the coming year is shmittah (a sabbatical year during which the land “rests”); we cannot plant when the New Year begins.” He added that all planting needs to be completed more than 30 days before Rosh Hashanah. The kibbutz told the army and while the missiles were falling new trees were planted.

To me this sums up what we have seen in our first 24 hours. A people who value life and despite destruction plant trees with missiles falling and parents having the strength to say their son died for a better Israel.

May Matan and all the fallen soldiers be a blessing for us all.