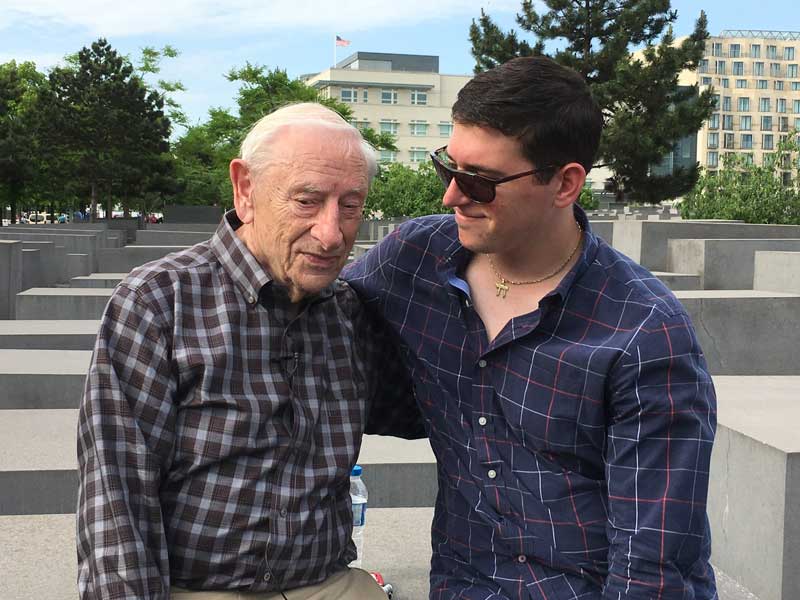 When I met Fred nine years ago, I never could’ve expected to travel to his hometown of Berlin with him. Last year, I asked him to go with me once I graduated from college in May, and he immediately accepted the invitation. What I hoped for when Fred said he wanted to travel to Berlin with me was to see his hometown through his eyes and to show the film I had made for and about him, Be an Upstander: The Fred Heyman Story, to the city in which he was born.

We showed the film twice in Berlin, at the JCC that stands where Fred’s synagogue once did and at a Jewish school in the city. Those two showings were special, but what made the trip incredible was seeing Fred at home.

We were walking in Wittenbergplatz a large, well-known square in Berlin, and Fred told us that this is where his apartment had been. He showed us the grassy area outside an entrance to the subway where he played as a child, and pointed to the building where the police precinct had been. He explained that there was a movie theater in the same building as his apartment, which is where his father met Max Manthey, the man who would help Fred’s family make it through the Holocaust and the final years of World War II. The Manthey’s would help Fred’s family with food and giving them people to socialize with, however they had to meet outside the city so they didn’t raise any suspicions. 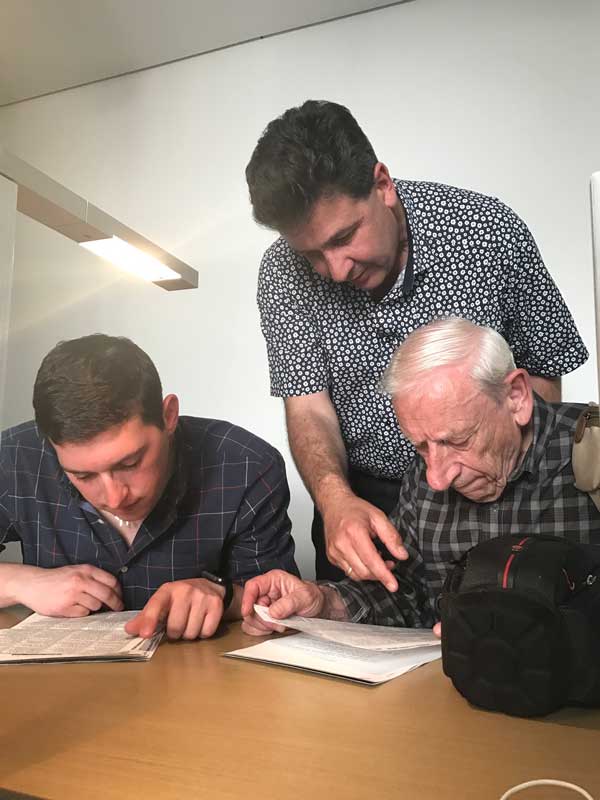 The highlight of the trip was meeting Michael Manthey, Max’s grandson. Fred used to play with Michael’s dad, Heinz Manthey, when the two were growing up. Michael and Fred have been in touch over the years, and we had the privilege of meeting Michael and his family. I formed a connection with Michae'ls 17-year-old son, Marc, through our shared passion for soccer and cars. They showed us around Berlin as well through local eyes, and they brought us to Platform 17 where Jews were systematically deported to death camps. Platform 17 is not in any of the tourist books, so without them we would not have found it.

Fred pulled me aside there and we searched for a specific week among the dates engraved into the platform with the number of Jews transported and the concentration camp they were sent to. We came to the early part of March of 1943, and Fred stopped me and told me that his entire family except for his mother and father were deported that week. The date was March 10, 1943, shortly after the event at Rosenstrasse, which Fred speaks of as a pivotal moment in his life, and showed him the importance of being an Upstander. 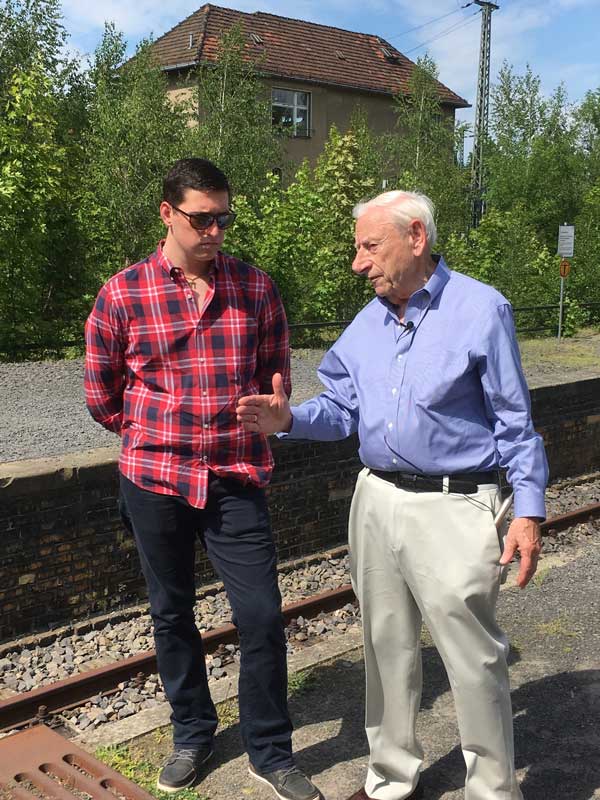 That moment hit me like a train, and I was speechless. We were standing in the exact place from which his father’s family was deported, and Fred was telling me about that part of his life, which I had not previously known. That feeling is something I will never forget.

Learning new things about Fred is something I will always remember. I have known him for nine years, and our relationship is based on him sharing his entire life story with me, so by now I thought I had heard it all. Imagine my surprise, and my delight, to have learned something new about Fred almost every single hour of the day for five days. It was truly incredible. The trip far exceeded my expectations, which were sky high. 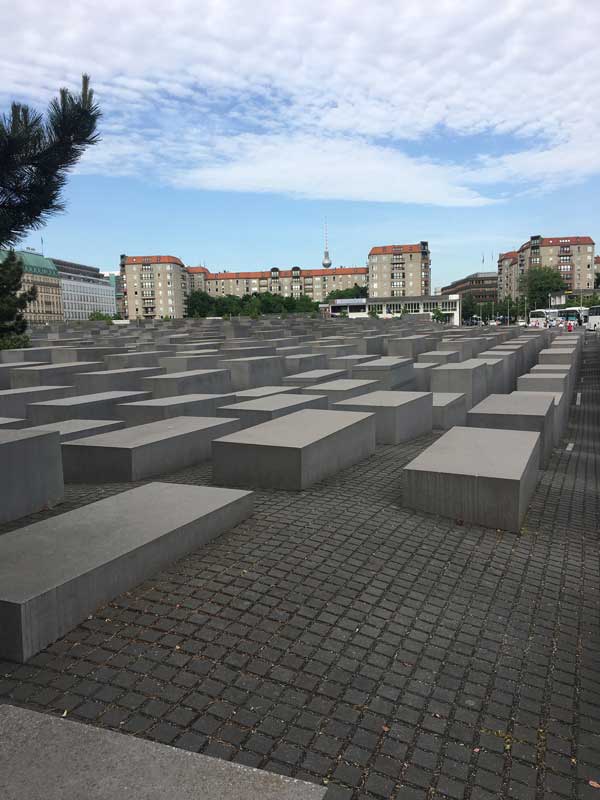 On the last day of our trip, as we sat together at the Holocaust Memorial, I thanked Fred for coming to Berlin with me and showing me his hometown. As we sat there looking at the perfectly unbalanced stones that make up the memorial, I reassured my promise to him to retell his story on the 100th anniversary of the end of the war in 2045.