It is the season of the “Yoms” — Yom Hashoah, which we commemorated early this week, Yom HaZikaron, Israel’s Memorial Day, next Sunday into Monday, which segues directly into Yom Ha’atzmaut, Israel’s 66th Independence Day.

There are many commemorations and celebrations on our community calendar, and we are also still in the process of raising the funds for the UJA Annual Campaign so there are still campaign events on the calendar. I’m out a lot at night, and in the course of these evenings, I have found stories of coincidence and commitment because of our Greater MetroWest community and our larger Jewish community.

On Monday night, the community observance of Yom Hashoah took place at Kean University. It was a moving tribute to the victims of the Shoah, the survivors, their children and grandchildren, as well as rescuers, veterans who served during World War II, teachers of the Holocaust curriculum, and those who stand as individuals to remember. With words and song, we came together as a community to say, “Never Again” and to pledge to combat hatred today and in the future.

On Tuesday night, the Building and Allied Trades Division of the Annual UJA Campaign had its annual event. The division grew out of the dedication of the “builder” families to the Annual Campaign and to the larger goals of the Jewish Federation, including strengthening Jewish identity and creating and maintaining a strong State of Israel. The absence of three leaders of that community, Sam Halpern, (z’l), Eddie Harvitt (z’l), and Abe Zuckerman (z’l), all Shoah survivors and all of whom passed away this year, was deeply felt and movingly noted.

As the Campaign Chair, it was my privilege to speak at this event. I chose to tell a story of commitment and coincidence, rooted in the work our dollars do, related to the Holocaust. 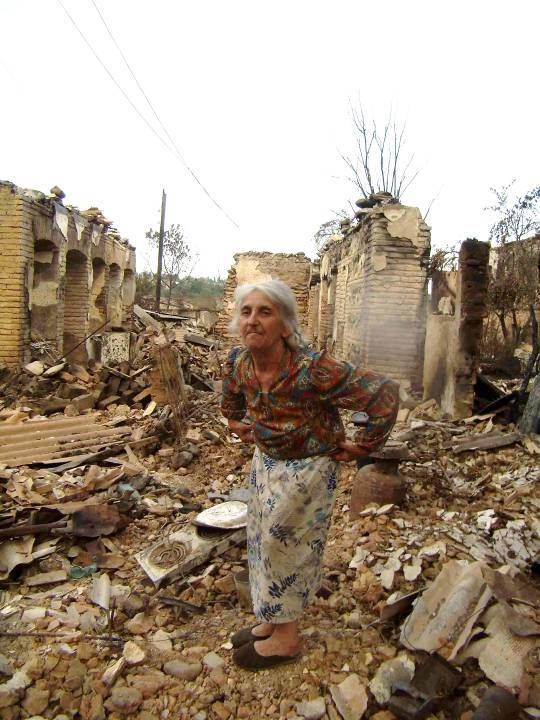 It’s the story of Shauli Dritter, the JDC field director for the former Soviet Union, who persisted in the rescue of an 87-year-old woman named Rosa Rivka, from the midst of the battle in August 2008, during the conflict between Russia and the Republic of Georgia. Because the JDC Hesed centers provide food, medicine, and homecare on a daily basis, they knew where the Jewish community members were located. Shauli and his team were sent to find the 17 Jews living in the small town of Tsikinvali.

Shauli and his colleagues had already located 16 of the 17 by the end of their first day. The only one they hadn’t found was Rosa Rivka. There was increasing pressure to get those 16 out to safety, but Shauli wanted to stay behind to find Rosa Rivka. Why? Because they knew that Rosa Rivka needed her medication and would not survive unless they found her. And because Shauli’s parents are Holocaust survivors. Shauli remembered his mother telling him of waiting at the gates of Auschwitz as the war ended, waiting for angels to come rescue them. Shauli knew that to save one life is to save the entire world. 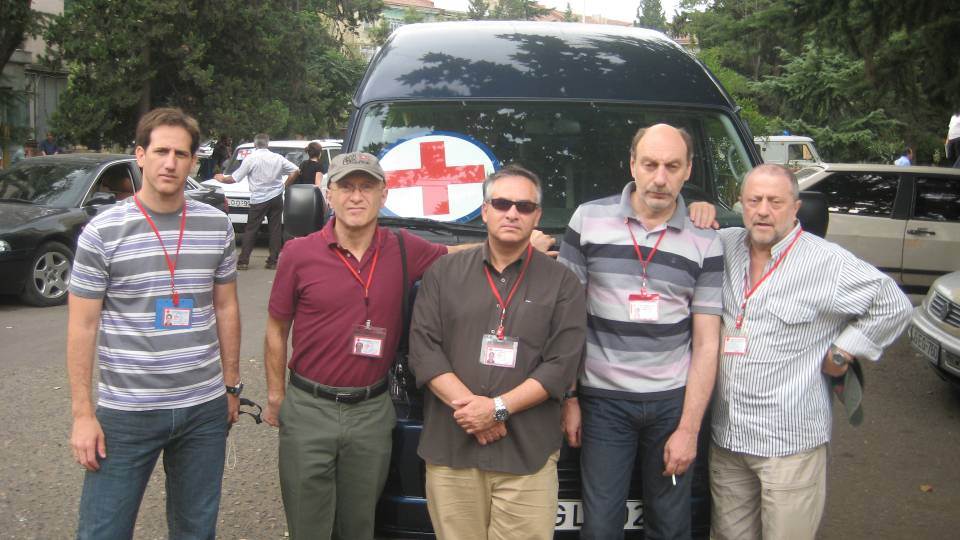 Indeed, the whole group stayed, and, at great personal risk, Shauli and his team found Rosa Rivka two days later, huddled in her kitchen, the only room still standing in her house, which had been destroyed in the constant crossfire between Russian and Georgian forces. And Shauli called his mother in Israel to tell her that for Rosa Rivka, the angels had come to rescue her.

As I was telling this story, I was watching my friend and our Israel Center Director, Amir Shacham, nodding his head, and I thought, “Oh, Amir already knows this story.”

I finished by reminding this group that without our dollars, without the Annual Campaign, the JDC cannot be on the ground every day, and that Shauli and his team would not have been able to find Rosa Rivka.

I stepped away from the podium and Amir took me aside to tell me that he was nodding not because he knew this story, but because he knew Shauli, knew Shauli’s mother, and had never heard the story! It turns out that Amir and Shauli went to school together as children, lost touch and then met again in 2005 as Amir led the creation of Operation Atzmaut, our program for improving the lives of Ethiopian olim (immigrants) to Israel. We partnered with JDC to create Operation Atzmaut and at an early meeting, Shauli attended and recognized Amir from those long-ago childhood days, and they have been in touch ever since. But Amir had never heard this story of courage and commitment.

It is crucial to our lives as Jews that we never forget the lives lost in the Shoah to baseless hatred and to always honor those who emerged from the ashes of history to build new lives that have made the Jewish world and the State of Israel strong and vibrant. And we should not be surprised when the combination of commitment and community leads to coincidences large and small that prove how we are all connected.

Wishing you a happy season of “yoms,” community, and connection –
Leslie