I have a scarf problem.

A few weeks ago I was cleaning out my closet and realized that I had managed to amass more than three dozen scarves. This is due to my inability to deaccession since I have not worn many of them in years. I edited them down to a chosen few (well, 18) and vowed to be much more selective in the future.

But two Sunday nights ago on Nov. 2, I found one I just had to have. Not because it is full of beautiful, bright colors. I had to have the scarf because of what it represented. 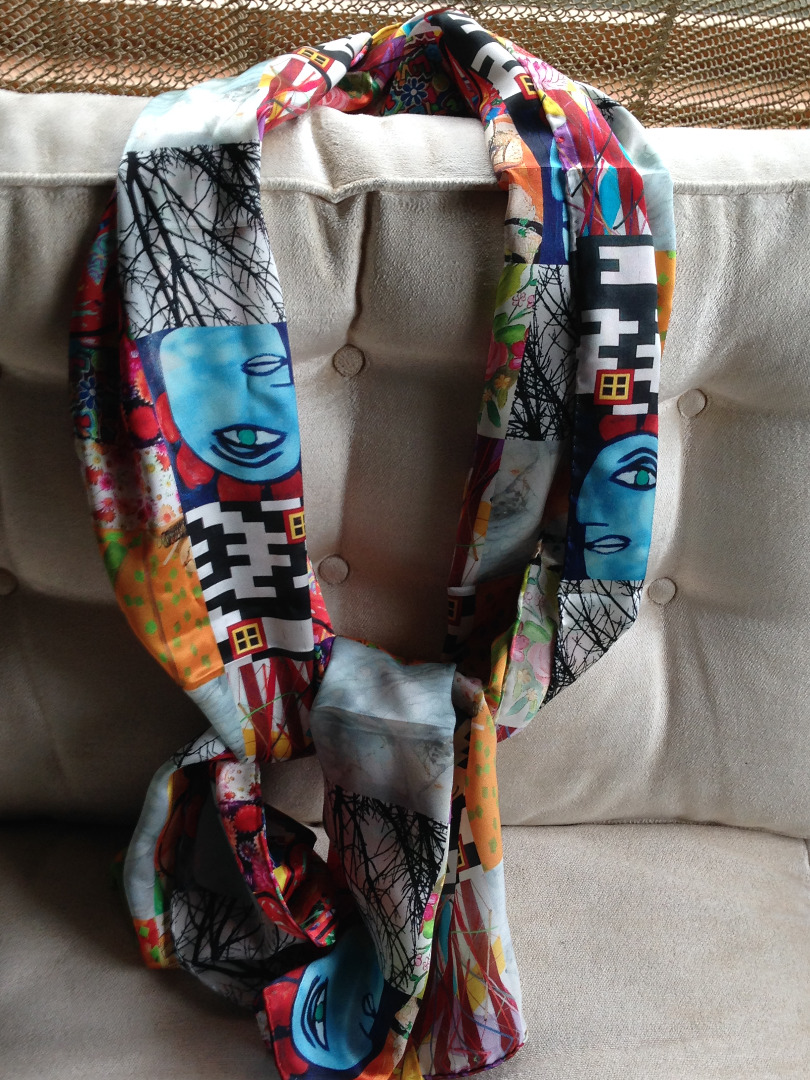 The scarf celebrates the 10th anniversary celebration of the Wellness, Arts and Enrichment (Wae) Center of the Jewish Service for the Developmentally Disabled of MetroWest (JSDD). The celebration is called “Chairs of Inclusion.” Eleven professional artists collaborated with 64 Wae Center members of all levels of ability to create 10 chairs, based on the concept that “everyone deserves a seat at the table.” 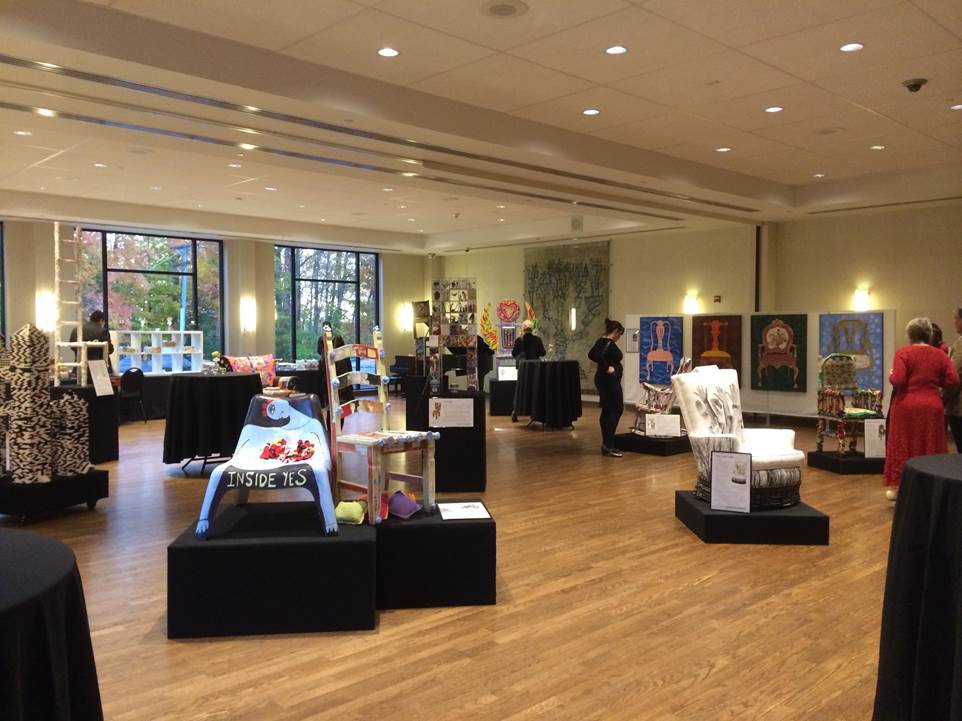 The prints in the scarf are a combination of all 10 of the chairs, an eye-catching representation of artistic achievement.

This scarf represents, to me, the bright colors of the way the agencies of our community make life joyful in Greater MetroWest. And it is a symbol of how quiet support for a groundbreaking idea can make all the difference in bringing that joy to fruition. Finally, the scarf symbolizes for me a beautiful friend who proves that one person can make a difference.

The Chairs of Inclusion exhibit, which opened Nov. 9, is on display right now through Dec. 17, in the Gaelen Art Gallery East at the JCC MetroWest. The Chairs will be traveling throughout our community for the next year.  To learn more about the Chairs, the Wae Center, and JSDD, go to http://www.jsddmetrowest.org/programs-services/wae-center/chairs-of-inclusion.

The Wae Center is only one example of how JSDD’s  staff and volunteers work every day to embody the Jewish value of seeing each person as made in the image of G-d. But the Wae Center owes its existence to another entity in the community, The Healthcare Foundation of New Jersey (HFNJ).

HFNJ has its roots in the early history of the Newark Jewish community. Newark Beth Israel Hospital, still referred to as “The Beth,” was founded by the Jewish community of Newark in 1901, as HFNJ’s website states, “to provide quality medical care in a facility that welcomed physicians and patients of all spiritual and cultural backgrounds. The founders emphasized that quality care must be provided in a setting that embodied the Jewish values of tzedakah —social justice — and tikkun olam — repairing the world.

“Given the changing health-care environment of the 1990s, the Board of Trustees of ‘The Beth’ chose to preserve this historic responsibility through an agreement with Saint Barnabas Medical Center. In June of 1996, the assets resulting from the sale of Newark Beth Israel Hospital to Saint Barnabas created a separate, independent, permanently-endowed philanthropy, HFNJ.”

Since 1996, HFNJ has been true to its mission: “to improve the health and well-being of vulnerable, underserved populations in greater Newark and the Jewish Community of MetroWest NJ, elevate the quality of community health care, reduce disparities in access, and promote the infusion of compassion and humanism into our health-care system.”

One of the true privileges of serving as the president of the Jewish Federation of Greater MetroWest is that I serve on HFNJ’s Board in an ex officio capacity. I am so impressed by the number and quality of the important initiatives that HFNJ has funded in Newark and in our Jewish community. This is the certainly the case when HFNJ provided the seed funding that got the Wae Center started a little over 10 years ago. HFNJ not only provided the initial funding, but over time has funded several substantial grants, including one for the Chairs of Inclusion exhibit. The Wae Center has a groundbreaking viewpoint, seeing the possible in every person, not the limitation. This viewpoint dovetails perfectly with HFNJ’s goal of reducing disparities in access for all. No wonder that this forward-thinking funder said yes when its help was requested.

Randee Rubenstein, who was honored by JSDD with the Golden Heart Award at the Nov. 2 event, has been a friend for some 20 years. She is one of the kindest, most thoughtful, and definitely one of the most determined people I have ever met. Randee truly proves that one person can make a difference.

When her son Ari was born 13 weeks premature 31 and a half years ago, infants born that early were in unknown territory. When Ari’s developmental disabilities became clear, Randee worked to ensure that he and other Jewish children could take part fully in Jewish life. Randee wanted Ari to be able to go to summer day camp at the JCC MetroWest, just like my typically developing  toddlers did. So she called, and talked, and called some more, and the JCC MetroWest listened. Camp Friends became a reality. All along the way since then, Randee has been a tireless advocate and funder. She sees the possible for each person in our Jewish community and finds everyone a seat at the table. I am proud to call her my friend and it thrilled me to see her heart of gold recognized by JSDD and the Wae Center.

I am proud to say that the Jewish Federation of Greater MetroWest NJ is a funder of JSDD. But this is more than just what the Federation does. It is a privilege to live in a community raised to new levels of inclusiveness by agencies such as JSDD and the Wae Center, funders like HFNJ, and outstanding individuals like Randee Rubenstein.