Each year for the last decade, a friend of mine, an accomplished speaker on the topic of U.S.-Israel relations, has travelled from Washington, D.C. to New York to speak to a group of high school juniors training to become Jewish leaders when they get to their college campuses. And every year he starts by asking them the same question.

Why am I here? 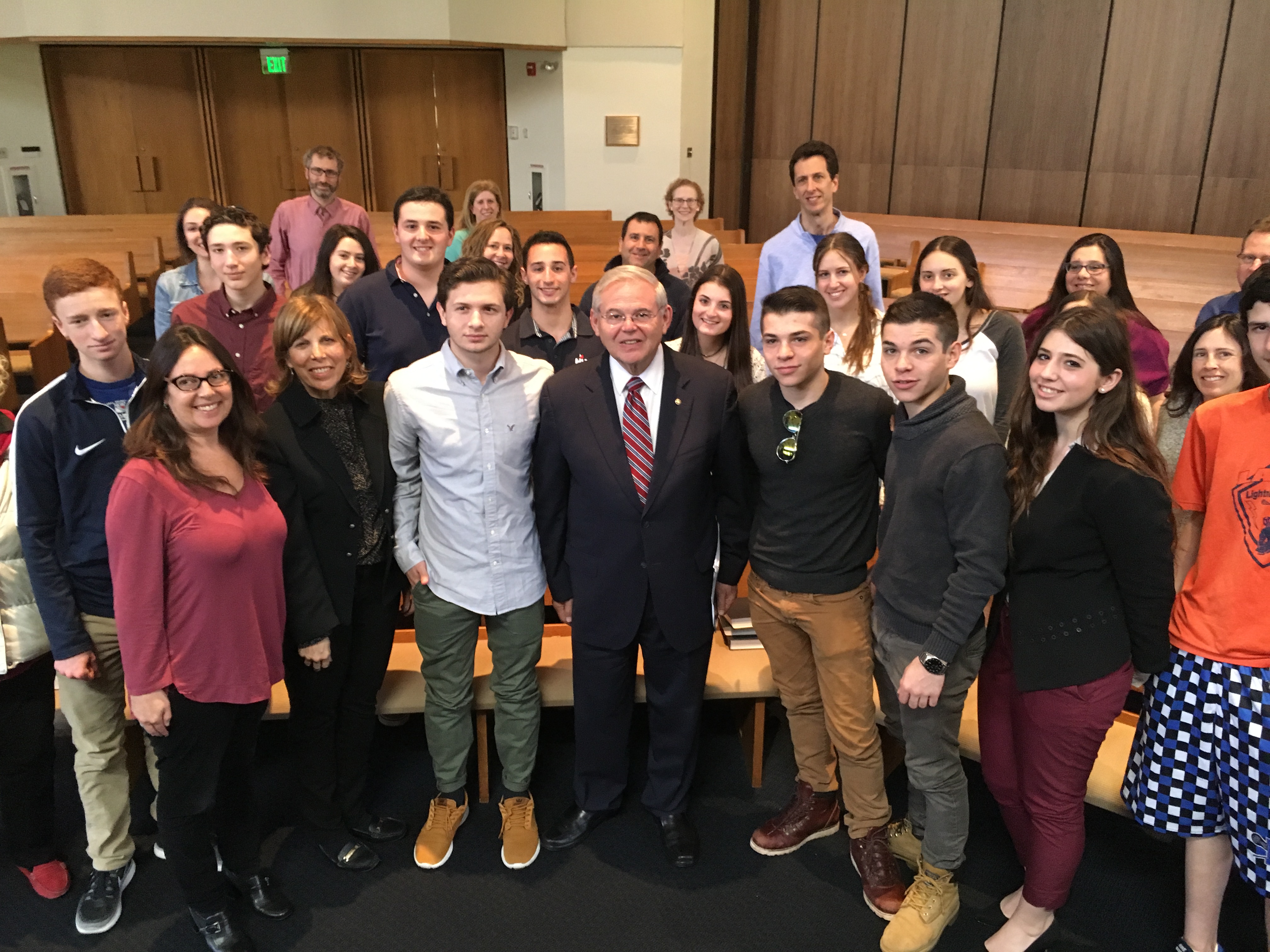 As a busy professional, my friend spends much of his time in airports travelling around the country, speaking to college students. Like a lot of working parents he’s missed soccer games and dance recitals. Yet he agrees to give up precious family time on a Sunday to get on a train to meet 45 high school students in New York City, some of them from Greater MetroWest, to talk about the importance of the U.S.-Israel alliance.

“Why am I here?” he asks the students, saying only that the answer is surprisingly simple. Hands shoot up in the air.

“You’re here because you recognize us as future leaders,” says one student.

“You understand the challenges of the BDS movement and want to prepare us for college,” says another.

“Face to face contact is better than Skype,” says a third.

All good answers he’ll tell them, but not the right one. This goes on for another ten minutes until there are no more hands in the air. Then my friend reveals the answer. The reason I get on a train early Sunday morning, give up a day of rest and time with my family, he says, is because Linda Scherzer asked me.

The answer is simple and yes, surprisingly obvious. What it points to is the biggest take-way from his presentation, which is, that relationships matter. All relationships, big or small have the power to transform lives or even, change history. It’s why Harry Truman recognized the newly born State of Israel minutes after the declaration was read by David Ben Gurion. Why George W. Bush, who had never visited the State of Israel, understood the importance of supporting the Jewish State. And why CNN commentators Paul Begala and Bakari Sellers routinely appear at the AIPAC Policy Conference, declaring publicly the strong ties they’ve developed with the State of Israel. All of them point to their friendships and relationships with (in order) Eddie Jacobson, Donald Etra, Greg Goldstein, and Jonathan Kessler, people you may never have heard of but whose friendships with  Truman, Bush, Begala, and Sellers have had an impact on ties with the Jewish State.

That foundational principle, that relationships are crucial to building strong support for Israel and the U.S.-Israel alliance, is what drives AIPAC’s work from campus to Capitol Hill and what brought 18,000 people – including 4,000 college students – to Washington last week for the 2017 Policy Conference. Among the 500 supporters  from the Greater MetroWest area were 50 parents and high school students who went to Washington as part of the first Jewish Federation/ Community Relations Committee (CRC) parent-teen cohort. (Thanks to a generous grant from the Iris Family Foundation, Federation paid for students’ registration fee provided they attended with a parent.) Our students represented the diversity of Greater MetroWest, coming from Jewish day schools, public, and private non-secular schools. What brought them together was an interest in Israel, politics, and the U.S.-Israel relationship. They agreed to attend a pre- and post policy conference meeting at Federation and write articles for the New Jersey Jewish News, as well as attend debriefs with our scholars in residence in Washington. Upon their return to Greater MetroWest, they met privately with Senator Bob Menendez for a post conference debrief.

For the high schoolers, all of whom were first-time participants to the policy conference, it was a powerful introduction to the strength of the pro- Israel lobby and the strong bipartisan support for Israel on Capitol Hill. Throughout the three-day conference they heard from congressional leaders – Republican and Democrat – including Nancy Pelosi, Paul Ryan, Bob Menendez, and Mitch McConnell, House and Senate leaders with widely differing views on domestic issues but all of whom are champions of a strong U.S.-Israel relationship.

At plenaries and breakout sessions our students and their parents heard from Israeli members of Knesset who spoke of the urgent need for a two-state solution to the Palestinian-Israeli conflict; African American and Hispanic leaders who applauded the shared values of Israeli and American democracy and dozens of experts speaking on the challenges posed by Islamic fundamentalism and a changing Middle East.

Our families celebrated with thousands of other participants the miracle of Israeli innovation, watching in astonishment the machine that pulls water from the atmosphere and is being used in drought-ridden countries. There were many of us with tears in our eyes as we saw a paralyzed man use Israeli-made technology to surf the internet and use a cellphone through simple head movements. And we applauded the doctors who were the first responders during natural disasters in places like Haiti, Thailand, and Turkey, as well as the IDF medics who’ve treated thousands of wounded from Syria’s civil war at a field hospital in the Golan Heights.

But all the plenaries and breakout sessions are – as my friend likes to say – pretext for the real work of the pro-Israel community, which is lobbying our elected leaders. It was the visits to Capitol Hill that capped the three-day conference and the conversations we had with our elected leaders that makes policy conference so vitally important. Whether on Capitol Hill or on campus where our high schoolers are headed next, we have the opportunity to help shape and impact the strength of the U.S.-Israel alliance by speaking with legislators, opinion makers, and campus leaders who will one day populate the halls of power.  It starts with a conversation.

For many of the 25 students who joined the CRC cohort, the experience in Washington was a transformative one, introducing them to the world of politics, activism, and the pro-Israel lobby. The CRC of the Jewish Federation of Greater MetroWest is proud to have helped facilitate the experience for these students and hopes this is the beginning of their pro-Israel advocacy at college and beyond. Look for their articles on the New Jersey Jewish News website and stay tuned for opportunities to join next year’s cohort at the 2018 policy conference, scheduled for March 4-6.