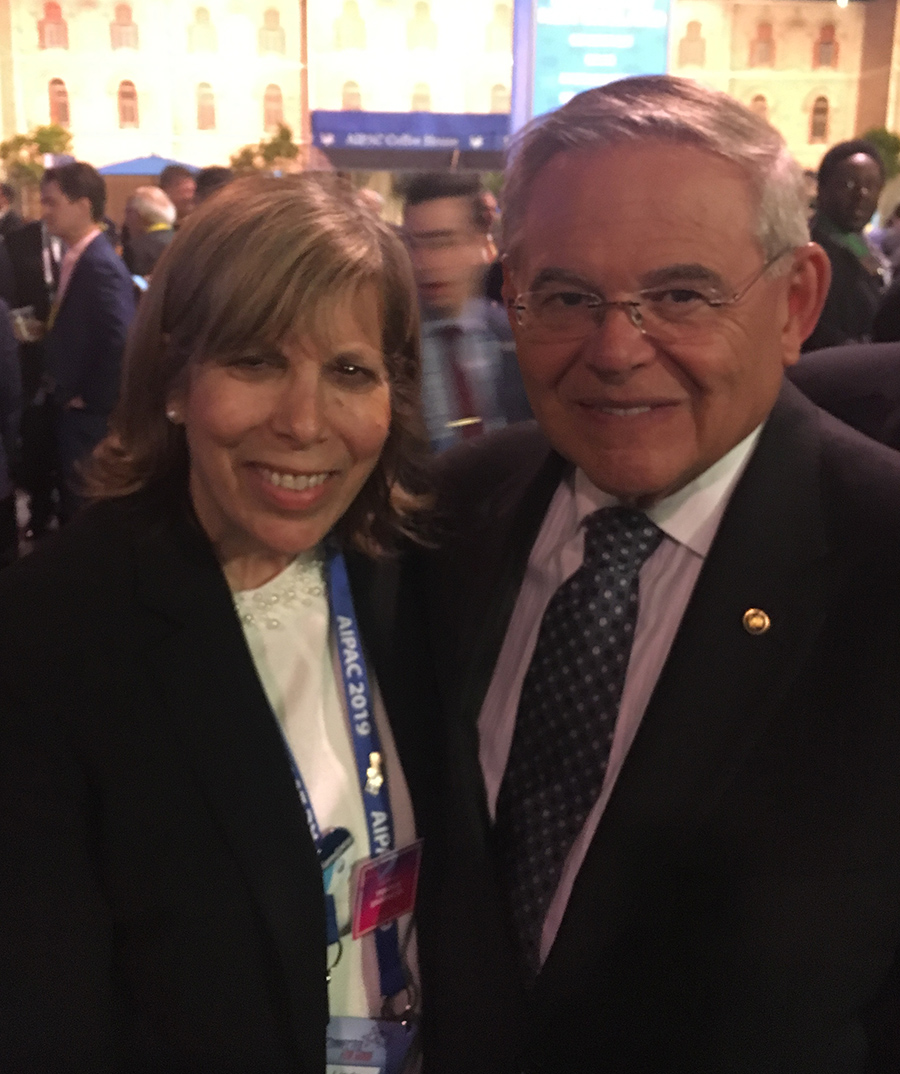 Walking the massive hallways of the Walter E. Washington Convention Center last week, I experienced something which, for me, was a rare and sacred moment in an increasingly divided America. Amidst a national climate of bitter partisanship and ugly debate, I discovered for the first time in many, many months, a safe space for civil discourse and a sense of unity on – of all topics – Israel and the U.S.-Israel alliance.

It was not that 18,000 people of any one political party had gathered for the mother of all conferences, but that people of all political stripes – Democrats and Republicans, progressives and conservatives and those with no party affiliation, had come to reaffirm their support for a unique and increasingly important alliance.

It was this diversity of the delegates, their party allegiances, religious and ethnic backgrounds, socio-economic status, and sexual orientation that, for me, was the defining element of the policy conference this year. Whether in plenaries or breakout sessions, on the big stage or during quiet conversation over coffee, there was a spirit of grace and bipartisanship that has all but disappeared in American political life; discourse that was spirited yet civil and a coming together of Americans from all walks of life to champion Israel and the U.S.-Israel alliance.

During those three days in Washington I saw America at its best. Here were Jews and Christians; African Americans and Latinos; Orthodox, Reform, Conservative, and secular; and 4,000 high school and college students, representing every state in the country.

AIPAC Executive Director Howard Kohr reminded us at the start of the conference that there are huge challenges to the U.S.-Israel relationship. Toxic detractor activity moving from the margins of American political life towards the center, American Jews being accused of dual loyalties, classic anti-Semitic tropes coming from the office of a freshman member of Congress. Anti-Semitism ascending, and Israel being blamed.

But the larger take-away was that broad bipartisan support for the U.S.-Israel alliance is not simply a tagline, hashtag, or aspirational value. It is real, and it was on display in the halls of the convention center, with declarations of support coming from conservative Republicans and progressive Democrats, sometimes sharing the same stage. Together, we reaffirmed the values which make both countries unique and inseparable, and the strategic importance of a tiny democracy in a dangerous and unstable region. Israel has America’s back, just as America has Israel’s. At the same time, we embraced the differences of opinion.

I witnessed a standing ovation for Vice President Mike Pence, but also saw students (and adults) sit as others rose to their feet. Some rabbis quietly walked out. 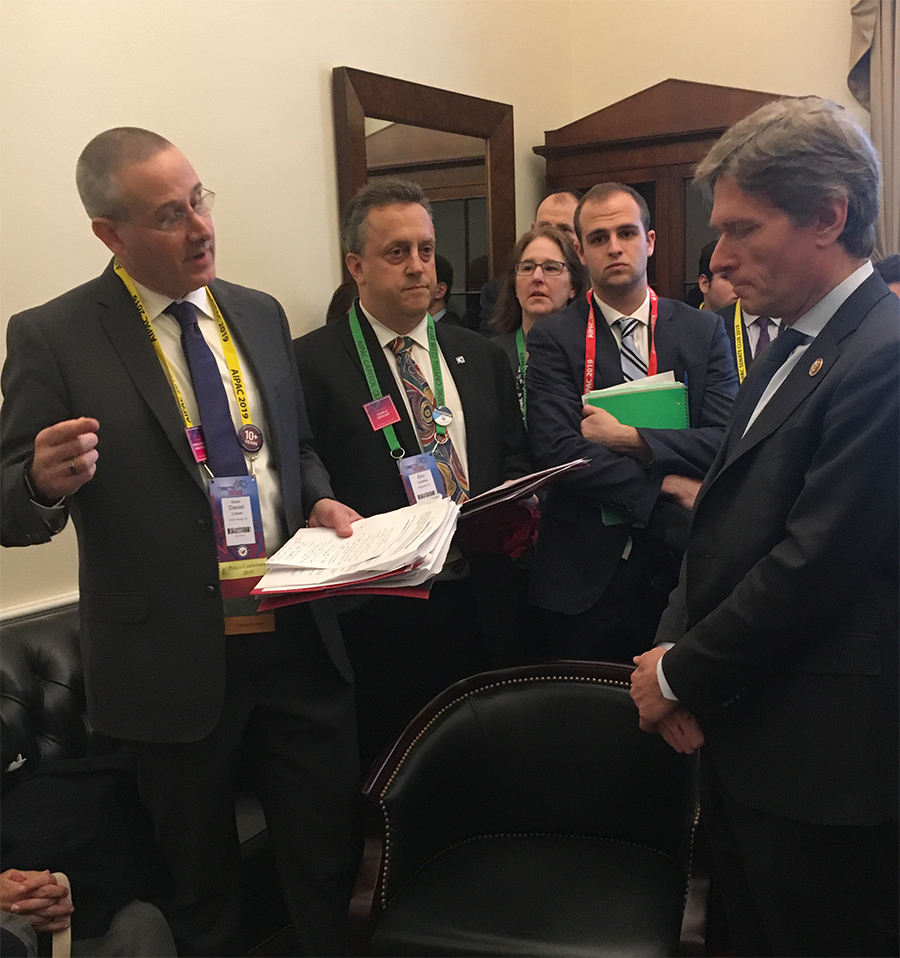 I joined the delegation of 60 people from New Jersey’s 7th congressional district who met with Congressman Tom Malinowski, a thoughtful, progressive-minded Democrat who assured us he’d be voting for increased foreign aid to Israel but expressed doubts about anti-BDS legislation that he believes not only harms the principle of free speech but presents long-term threats to Israel itself.

And I listened as Senator Cory Booker, one of more than 15 Democrats running for president, not only affirmed his support for a strong U.S.-Israel relationship but told an audience of 500 constituents why he will always stand shoulder-to-shoulder with the Jewish state. 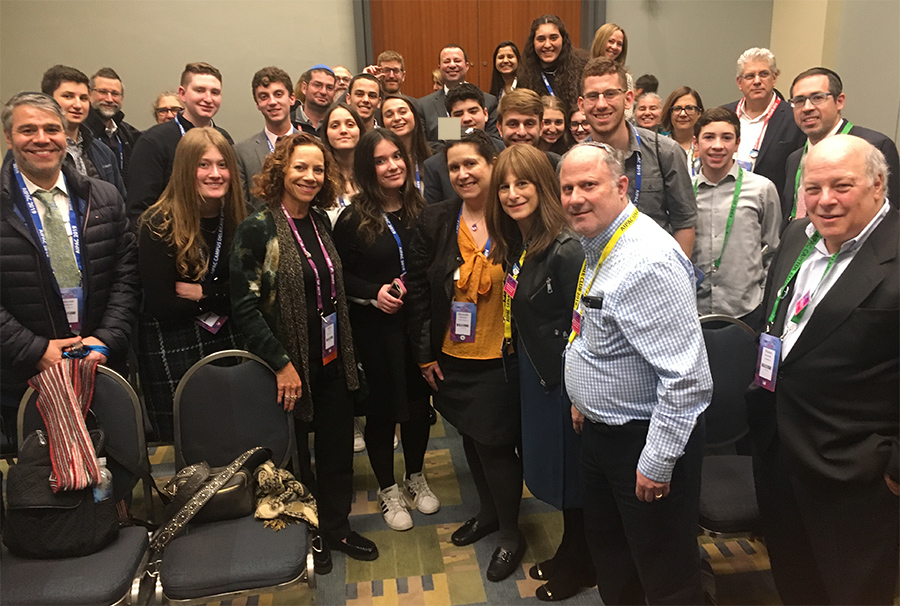 Policy Conference is also about community. For our Federation CEO Dov Ben-Shimon and myself, it was hugely powerful to join 700 others from our Greater MetroWest community. Our delegation included 40 members of Federation’s Parent/Teen cohort, a unique initiative which brings parents and their high school aged children to learn and lobby together, underscoring the importance of intergenerational programs that not only strengthen connections to Israel but also ensure continuity and strong bonds to Jewish community.

Support for Israel can never be taken for granted or counted on as a sure thing. We are all aware of changing dynamics in our country that require us to stay engaged, be informed, speak our truth, and double down on our values. Politics is always messy and, as we know, becoming increasingly divided. If there’s one constant, however, it’s the values we stand for and the ability we have, as Americans, to impact and affect change.

We do that by staying involved and making a difference, whether by calling our elected leaders, writing an email, or posting a tweet. I’ll be in Washington later this year with another CRC Leadership mission from Greater MetroWest, and I will stand again proudly, in support of the U.S.-Israel alliance, at Policy Conference 2020 next March.

I hope you’ll be there too.