Against the backdrop of simmering tensions and frustration over the Israel government’s freeze of the Western Wall agreement, five members of the Israeli Knesset (MKs) came to Greater MetroWest last week for meetings with rabbis, community leaders, and students.

They came from all walks of Israeli life – politically, religiously, and culturally. Among them was Shuli Moalem Refaeli, a modern Orthodox woman representing Habayit Hayehudi; Hamad Amar, a Druze, who once worked for Avigdor Lieberman and now represents Yisrael Beiteinu in the Knesset;  Nachman Shai, the former IDF spokesman who  co-chairs the Knesset Lobby for Strengthening the Jewish People; Itzik Shmuli, the youngest member of the Knesset, who rose to fame by spearheading the protest rallies calling for social justice and new economic opportunity; and David Bitan, a Moroccan-born Jew who serves as Likud Coalition Chair. 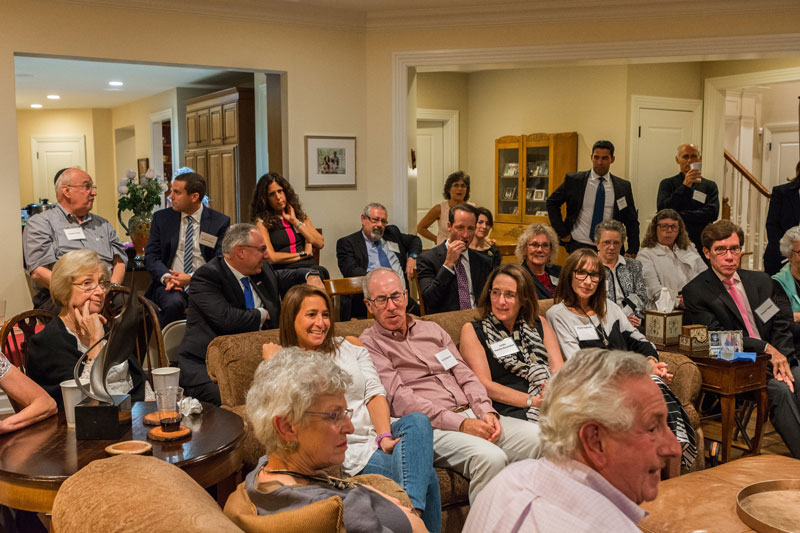 The visit, sponsored by JFNA and the Jewish Agency, was meant to educate Israeli parliamentarians about the diversity of Jewish life in North America, demonstrate the broad range of issues and services in which Federation is involved, and discuss hot topics surrounding Israel, of which there are no shortage. The Boycott, Divestment, Sanctions (BDS) movement; the challenges on college campuses; and the distancing of certain segments of the American Jewish community from Israel were all high on the list.

But the issue that dominated every conversation was the disconnect between Israel and Reform and Conservative Jewry on the topic of inclusivity in Jewish life and religious practice in the Jewish state.  Several members of the community, including rabbis, expressed their disappointment with the government’s decision to freeze the Kotel deal, arguing that Israel was betraying its founding vision as a homeland for all Jewish people. While acknowledging the differences between Israel, a nation with no separation between synagogue and state, and the tradition of strict church-state separation in the U.S., members of the community expressed concern that the gulf between our two communities was widening, and new bridges needed to be built to embrace world Jewry, with all its complexities. 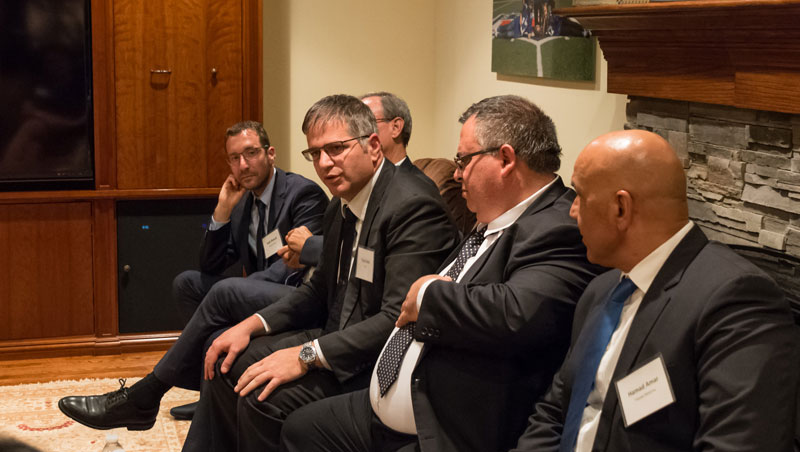 (Later that week, our Federation’s board of trustees would vote overwhelmingly to support a Hiddush sponsored declaration entitled “Israel as a Jewish and Democratic State, “ becoming the first federation in North America to sign on to this groundbreaking statement.)

For the MKs, all but one of whom had admittedly limited understanding of American Jewish religious traditions, the conversations were charged, yet respectful. Nachman Shai, a member of the Zionist Union who sits in the opposition, reminded the community of the realities of political life and of the government’s priority of holding the coalition together when it agreed to the demands of the Haredi parties to scrap the agreement.

Nevertheless, Shai told the audiences that American Jews should not give up hope nor should they fight back politely. “U.S. Jewry is a strong and stable bridge between our two countries,” he said. “You must continue educating the Israeli public about why this is important to you, and what the country must do to make this one nation for all Jews.”

In other meetings, the MKs took part in a 9/11 memorial ceremony at the Golda Och Academy, and met with residents and staff of JESPY House in South Orange. There they learned about the culture of inclusivity in Greater MetroWest and the unique agency that integrates developmentally challenged individuals into the life of the community.

All in all, the visit was an educational and enlightening one for representatives from both sides of the bridge.