It was the eve of Passover, April 19, 1943. Instead of sitting around a seder table, as many of us will do on the same date this year, a small makeshift army of Jews began what would become a three-week battle against the heavily armed German forces that were attempting the last liquidation of the Warsaw Ghetto.

This year, and hopefully in future years as well, we are asking members of our Greater MetroWest community to consider adding the below paragraph to your seder, to recall and commemorate the bravery and determination of the Warsaw Ghetto fighters.

We pause in our celebration to remember the Warsaw Ghetto Uprising, which began on this date, April 19, 1943 on what was also Erev Pesach. 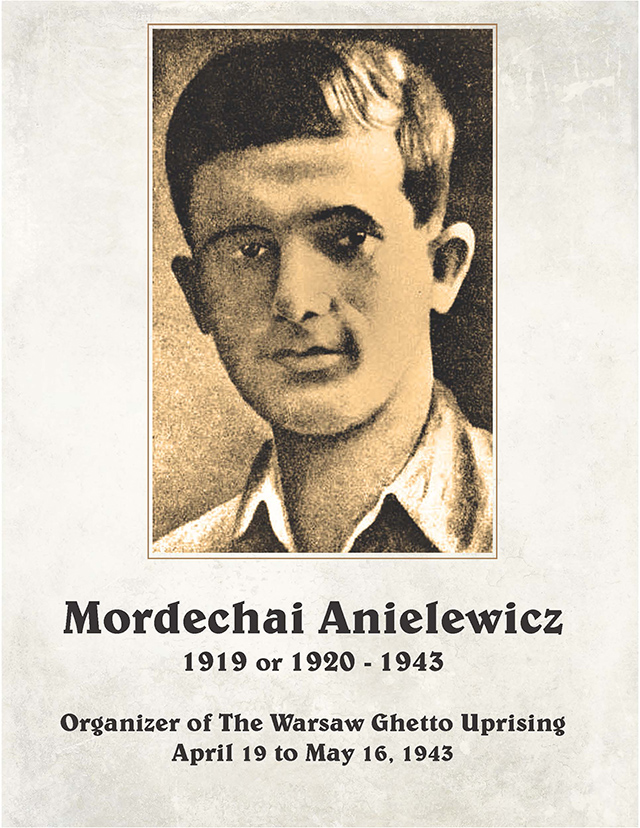 Nazi forces entered the Warsaw Ghetto on this date with the intent to deport the remaining Jews. Nearly all of the Jews, however, had gone into hiding places and launched an armed attack on the SS and police units, forcing them to retreat. Commander Mordecai Anielewicz led the band of outnumbered, outgunned, and physically weakened Jewish fighters, armed with pistols and homemade grenades, in a battle that lasted four weeks.

The Germans ultimately destroyed the ghetto, killing or deporting to the Treblinka death camp as many as 60,000 Jews.

Tonight, we remember the six million members of our Jewish family who perished at the hands of the Nazis. And tonight, on the 76th commemoration of the uprising, we remember with great pride the battle of the Warsaw Ghetto and the tens of thousands of Jews who resisted, fought back, joined partisan units, and engaged in all types of resistance. May their memory be for a blessing.

Click here for a more information about the Warsaw Ghetto uprising to share at your seder. Click here for more ideas to bring conversations into your Passover seder.