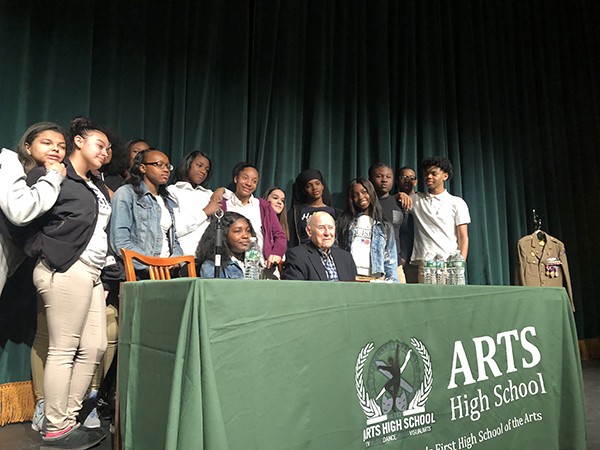 The Holocaust survivors who volunteer their time to share their stories and lessons learned are true treasures of our Greater MetroWest community. They are a source of strength and inspiration. I am so sad to say that, this week, we lost a truly great member of this community. For decades, Bob Max – who, at the age of 97, had been the last surviving American that escaped a slave labor camp – has been telling his stories of adversity and perseverance to countless students, teachers, and community members.

Bob Max was born in Newark in July of 1923. He often said that as a young American Jew, he never could have imagined that his life would have taken the turn it did. But as a college student at Ohio University when the United States entered the war, he immediately knew that he had to go – he just had to.

But the stories didn’t stop there. Bob would continue on, telling riveted audiences about his return to Ohio University and how fortunate he was to meet “his Shirley.” He would proudly share about how he went on to lead the Jewish students at school and grow to be a leader in the Jewish community in Summit, New Jersey and then continue on about his love of building the UJA community in Summit and spearheading its merger with MetroWest. His dedication to Federation came through in every talk he gave.

After spending a life-changing weekend with Elie Wiesel, Bob knew that he must dedicate his life to telling his own story; the world needed to know. Fortunately, just a few years ago, he was able to fulfill a promise to his beloved wife Shirley before she passed – with the help of Jewish Federation of Greater MetroWest NJ leadership, Bob published his life’s memoir, The Long March Home, An American Soldier’s Life as a Nazi Slave Laborer.

Bob Max was an American hero, but more importantly to him, he was a hero to his Jewish community. Nothing made him happier than being the featured speaker at our Holocaust Council’s 2019 Yom HaShoah Commemoration. As I moderated with him that evening, ne remained focused and composed as he spoke, clearly so happy to be in a room full of his people, his community. It was where he belonged. 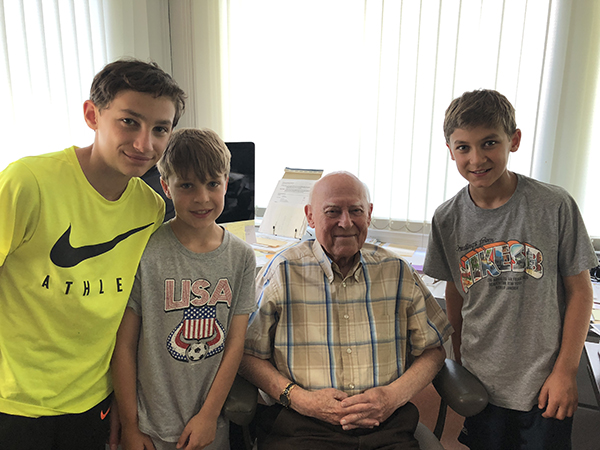 Anyone who has had the privilege of hearing from Bob – and the other survivors – is forever changed by the experience. As the Director of Education for the Jewish Federation of Greater MetroWest NJ’s Holocaust Council, I have been fortunate to hear countless stories of survival, and to share the experience with my three sons over the years. It saddens me to realize that theirs is the last generation that will hear these stories first hand.

In the early days of quarantine, my boys and I called Bob to check in. He was so interested in how online learning was going for them and how they were engaging in their classes. We all laughed as he shared some stories with us once again, and talked about celebrating Passover on Zoom. He was so proud to hear of all the work the Holocaust Council was doing remotely and he was looking forward to joining virtually in this year’s Yom HaShoah Commemoration.

When I learned earlier this month that Bob wasn’t doing well, I called him – badly wanting to hear those stories – but was only able to leave a message. And when I learned, last week, that Bob had passed away, my tears flowed. I wanted to take him to a school one more time, anxiously watch the clock as he ran over his allotted time, and hold the treasured uniform and small notebook that he had kept while recovering in the hospital. But then I smiled, for all his stories came flooding back, as my family and I spoke of them and laughed about them. We, and so many others, will always remember his stories and will surely pass them on.