Mt. Sinai Synagogue, Newark's most active remaining Jewish congregation, is located in the basement of the Ivy Hill apartments. Ivy Hill is home to Newark's last Jewish community, though "one with a very different character than the Jewish Newark made famous in the novels of the city’s most illustrious native son, Philip Roth." (Jewish Week, Keeping The Faith In Newark). Of the Ivy Hill Apartments' 10,000 residents, 1,000 or so are Russian speakers, and of those 1,000 Russian speakers, several hundred are Jewish. Mt. Sinai has been led by Rabbi Samuel Bogomilsky since 1964. Bogomilsky, a member of the Chabad movement, saw Ivy Hill as an ideal home for the thousands of low-income Soviet Jewish emigres who began arriving in the United States in the 1970s. The Jewish Federation of Metrowest agreed with Bogomilsky and began funneling Russian Jews to affordable and safe Ivy Hill. Ivy Hill's owners agreed, even hiring a special Russian Jewish renting agency to attract Russian Jewish tenants. 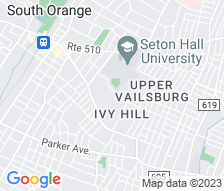