An Inspiring Story of Struggle and Success 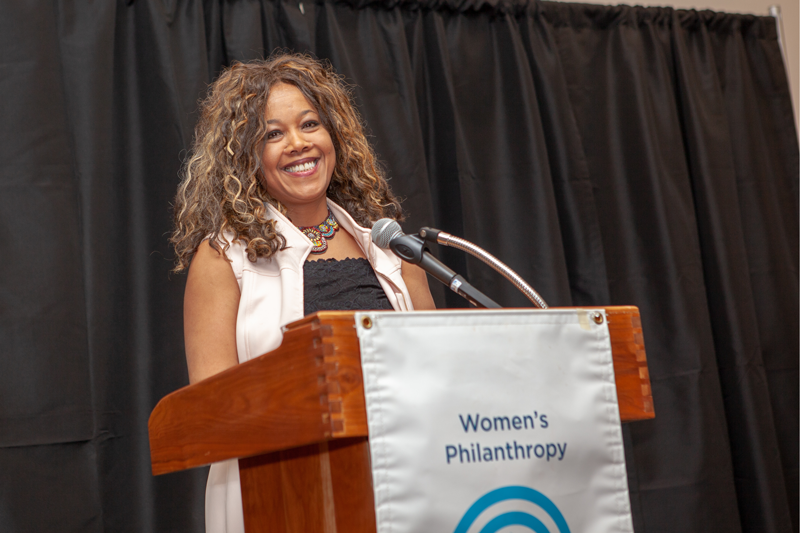 Three hundred women showed up for Women’s Awareness Day on April 25 to honor the memory of Maxine Fischer and to hear the amazing Dr. Yarden Fanta-Vagenstein speak about her exodus from Ethiopia. The audience was captivated by Yarden’s very personal and inspiring “road less traveled” story.

Yarden was introduced by Ellen Goldner, a past president of Federation. The two women met 20 years ago while Ellen was on a mission to Israel, where Yarden spoke about her life through an interpreter. Ellen was inspired and charmed by the young woman, Yardena, as Ellen calls her, and was moved to invite her to speak at the next Lion of Judah conference in the U.S. Learning English, however, was a prerequisite. So Yarden came to Greater MetroWest. 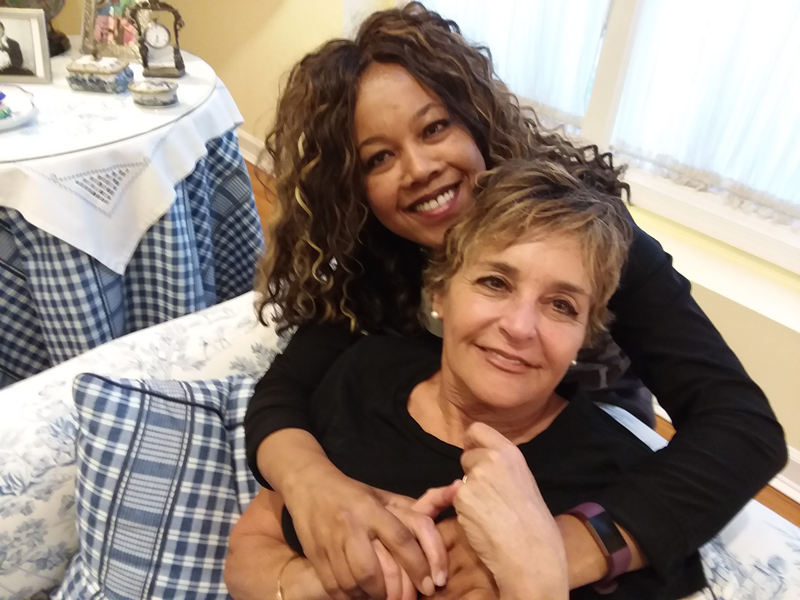 Ellen and her husband Alan hosted Yarden for three months while she attended English classes at Jewish Vocational Service. She was a quick learner and became their “adopted” daughter almost instantly. Yarden says that Ellen knows what she will say before she speaks. Their profound connection continues. Yarden calls Ellen mom.

Yarden came from the Jewish village of Macha in Ethiopia, where she, her parents, and her ten siblings lived in a two-room stick house. A sister and brother walked to and from school daily, a four-hour walk each way, while Yarden, age 5, worked as a shepherdess. She went out into the fields on her own, foraged for food such as corn, then made a fire and a makeshift pan for cooking. Yarden was responsible for the family’s sheep and cows. She felt it was her important mission as an obedient Jewish daughter to tend the flock and herd rather than go to school. As a result, she was illiterate in her native language, Amharic.

When she was 11 years old, Yarden and her family, along with another Jewish family, left at night, headed for Sudan on foot. “We dreamed only of Jerusalem,” she said. “We wanted to read and write. We could not live in Ethiopian cities as Jews, so 80 percent of us lived in villages in order to survive. Others converted to Christianity.”

They walked only at night, barefoot, no flashlight, no map, with a non-Jewish guide whom they paid to lead them out of Ethiopia. Yarden carried one of her toddler twin sisters on her back for the entire month’s long journey while her mother carried the other. Her 100-year-old grandmother rode horseback. (She lived until 112.) They finally made it to a refugee camp in Sudan where they stayed, pretending not to be Jewish and not observing Shabbat, for 11 months. Many of the family members died in Sudan where they all lived in tents with only water, white flour, and salt to eat. To this day, Yarden cannot bear to eat anything white.

Not knowing when the Israelis were coming to rescue them, the appearance of busses came as a surprise in 1984, but the bigger surprise were the airplanes. They had never seen such “big birds.” Upon arrival in Israel they were sent immediately to an absorption center in Ashkelon, then Akko, and finally Netanya, where Yarden’s family settled. The journey was an 18-month process.

Yarden was sent to boarding school where she had just six months to catch up to an elementary school level. She finished high school, participated in Sherut L’ami  where she worked in the Petah Tikvah hospital, and then attended Bar Ilan University for undergrad schooling while holding four jobs: house cleaning, hotel cleaning, tutoring, and waitressing. She studied criminology and sociology where she was in awe of “breathing the same air” as the professors. Tel Aviv University was next for her master’s in education and counseling. Then her PhD in science and technology at Tel Aviv University where she became the first Ethiopian woman to earn a PhD. She then taught at the university for a few years. Yarden never realized how smart she was in Ethiopia.

Today Yarden lives with her husband and two children in Massachusetts where she is a career coach, motivational speaker, and teacher. She has a monthly tv show called “Zoom In” where she urges viewers to go within themselves to find answers, courage, and motivation. “Knowing yourself is your own GPS. If you have it you will never get lost,” she explained. Yarden attended Harvard for her post PhD work.

“My biggest fear when crossing the desert to Sudan was, if I died, who would take care of my sister? Today I can say that I have been born three times: first as everyone is born, second in New Jersey where I learned so much, not just English, and third, when I learned to dream from one professor who believed in me. If I can give anything to anyone it would be to learn to dream. That’s all I want to do.”

“All Jews around the world are part of my life,” Yarden said to the women gathered at Women’s Awareness Day. “We Ethiopians could cross the desert, but we could not cross the ocean ourselves. We needed your help. You had our backs. I feel so grateful, so privileged, and honored to be here with you today and to be a citizen of Israel, the tiny country, with a big heart.” Just like Yarden’s.