Reports from Fact-finding Mission to Our Nation’s Southern Border 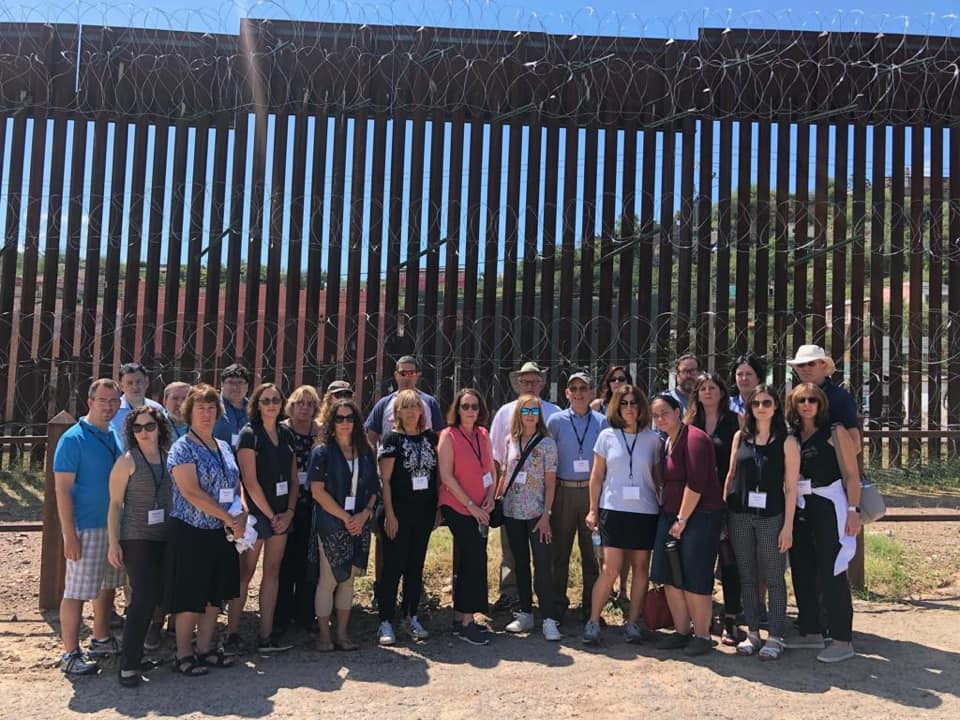 First day on the Arizona Mexico border with the Jewish Council for Public Affairs’ fact-finding mission.

This morning we met with Mexican consular officials and toured the border fence at Nogales. We learned about the conditions in countries like Honduras, El Salvador and Guatemala driving people to seek asylum in the US and the torturous journey to safe harbor.

What we're discovering is a hugely complicated system that began years before the current administration but one that's been made more complicated and chaotic over the last three years.

The question we're grappling with is what is the Jewish response to this humanitarian crisis? 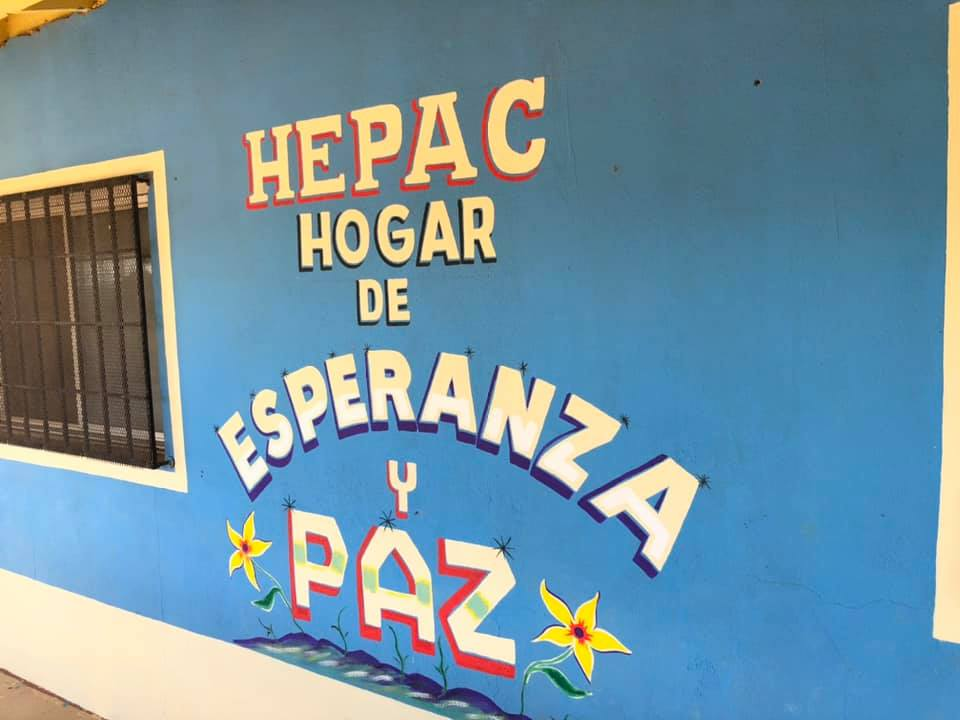 We are at a shelter that cares for migrants who are waiting (praying) to be allowed entry to the US. Two of the most adorable little girls I’ve ever seen sat on a bed as their mother was brushing their hair. The smiles were huge as they said “we... don’t... speak English.” And they smiled wider.

“I don’t speak Spanish...” but pointed to myself and said “Dan.” They smiled again, pointed to themselves and told me their names.

A few minutes later we were speaking to a woman who was here in the shelter with her children. She told her story and then said, “We have two young girls who are here because their parents were assassinated. They buried their father and then their mother in the same day and immediately, with their 21-year-old brother, left their home and began their journey here. So we have adopted the girls as our children” She and her children have been in the shelter for a month. Her number is over 2500.

While translating, our guide had to stop numerous times to hold back tears. We did too.

We then met a woman who is here with her husband and her four children. She had a restaurant and was threatened by a gang because she had been helping people in need. Her father owned a pharmacy next to her restaurant. It was broken into shortly after she was threatened. They stole his stock of medicine and ransacked the place. So she and her husband grabbed their kids and began the long, difficult and humiliating journey that led her here. She’s number 2600.

More tears... mostly held back but not entirely.

The bottom line is this: The people here aren’t rapists, drug dealers, or gangbangers. They are desperate people looking for a better life for themselves and their children. 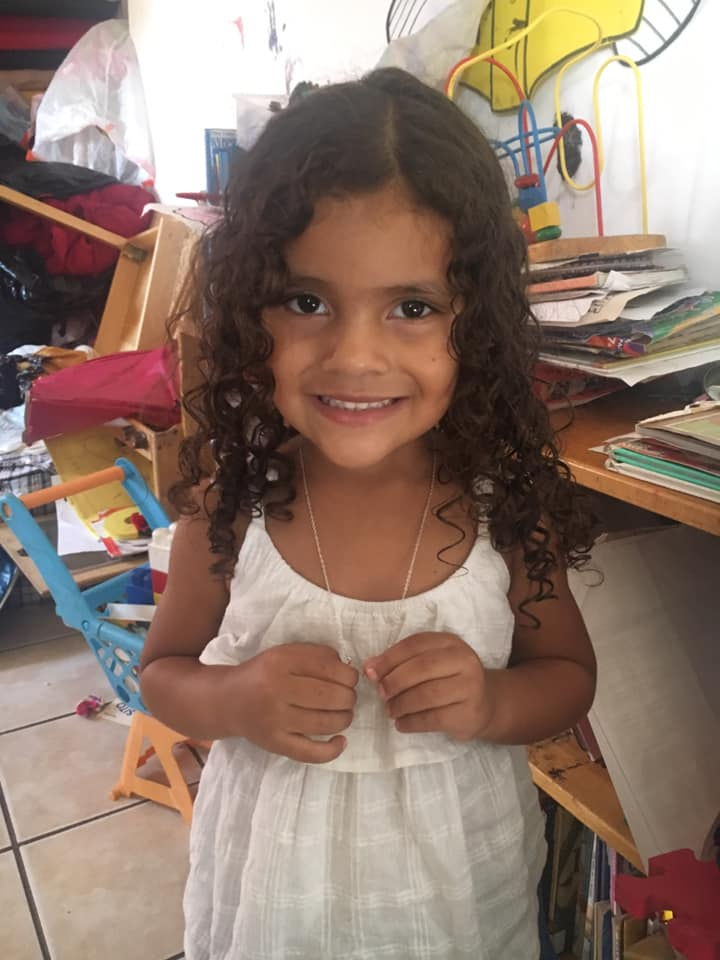 This is Naya, a beautiful three-year-old from Venezuela. Her parents gave me permission to post her picture.

This is her family's story: Naya's father Franklin owned a bakery in Venezuela with 32 employees. For years he would buy grain from Canada until a trade agreement ended. That's when he started going to Colombia to buy his merchandise. The first time he returned home the Venezuelan police ordered him to pay them $5,000. When he refused, they confiscated his grain and threw him in jail.

The second time he returned from Colombia with rice they demanded $10,000. When he said no they put him back in jail.

That's when he knew he had to leave. The US government gave Franklin and his wife and two older daughters tourist visas but not Naya. When they went back to the US consulate in Venezuela to get Naya's visa, they were told to surrender their visas, along with 54 other people that day.

The older daughters made it to the US.
Naya and her parents are now waiting in Nogales, on the Mexican/Arizona border for their number to be called to present themselves for asylum. They've been waiting for three months.

Their story is one of the many we heard today of migrants from Nicaragua, Cuba, Guatemala, and other broken countries.
The people fleeing violence, corruption and desperate poverty in their countries are not terrorists, drug dealers or rapists. They are parents, seeking the promise of a better life for their children.

Before we left, I gave Naya a necklace with a tiny Statue of Liberty. I'm hoping it's her good-luck charm. 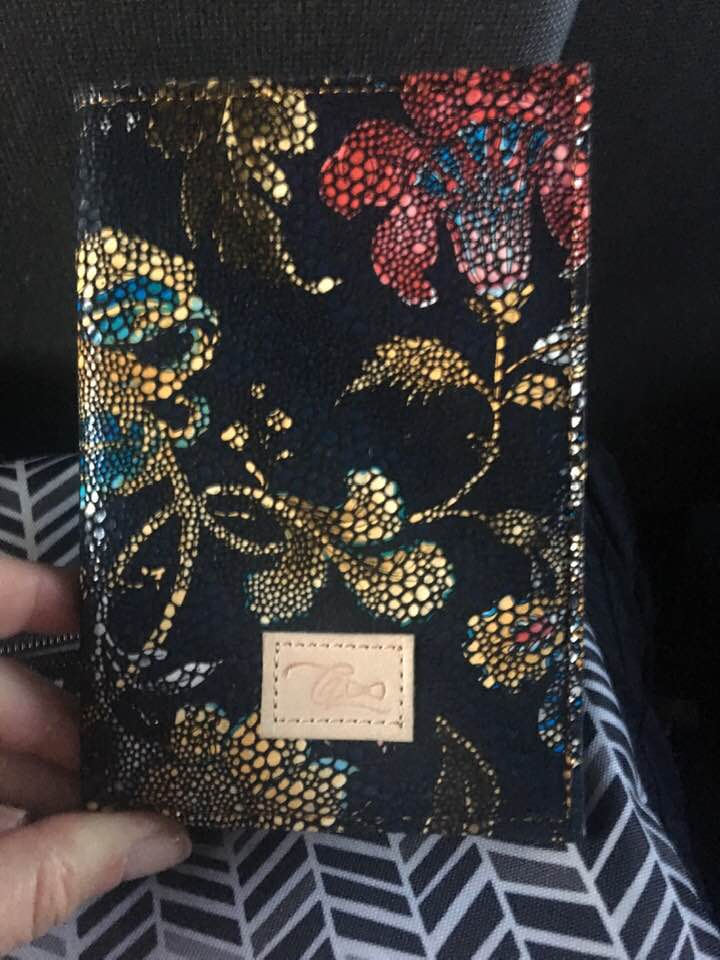 Pieces of paper.
This is a picture of my passport cover; I purchased it at the outdoor market in Budapest, visiting on a Greater MetroWest’s Women’s Philanthropy Mission. (Go on a Federation Mission!) My great-grandfather left Budapest because anti-Semitism prevented him from finding work. He “jumped ship” in New York - an illegal immigrant.
Pieces of paper.
Today, I used my passport to go into Nogales, Mexico. We visited with people fleeing violence and dictatorships in South America, Central America, and Cuba, who are hoping against hope for the same opportunity that my great-grandfather had. They have given up everything for the dream of a piece of paper.