Each summer, the NJ State Commission on Holocaust Education runs a summer seminar on Holocaust Education in Europe. This summer, 26 educators from around the state (including five from Greater MetroWest) participated in a two-week long intensive program in Germany, the Czech Republic, Poland, and the Netherlands.

Jewish Federation of Greater MetroWest NJ’s Holocaust Council provides financial assistance to participating teachers thanks to the Martha Rich Scholarship Fund, established in 2005 in support of educators in our community who want to enhance their ability to teach about the Holocaust. The scholarship was established in honor of Martha Gross Rich z”l, a MetroWest Holocaust survivor from Hungary who passed away in 2011, in recognition of her untiring efforts to promote Holocaust education in the state of New Jersey and beyond. 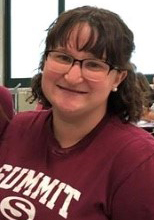 This summer, Lauren Wells, a teacher at Summit High School, attended the trip. Here are excerpts of a letter she wrote about how this trip has truly made an impact on her personally and professionally.