A Sign of Light and Cause for Great Optimism 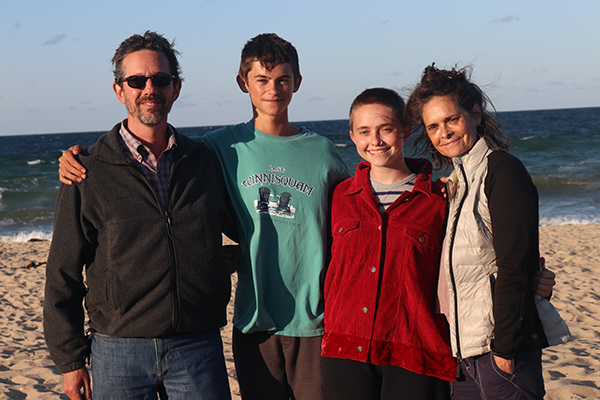 Recently, I had the pleasure and honor of attending the Diller Teen Fellows Program’s annual Professional and Lay Leaders’ Conference (the “PLC,” in the Diller parlance) in Philadelphia. This annual event brings together Diller staff from around the globe – Israel, Canada, England, Argentina, South Africa, New Zealand, Australia, and the U.S. – with some of their lay partners for several days of training, study, reconnection, and inspiration.

For those unfamiliar with it, the Diller Teen Fellows Program is a year-long course of study and youth development. Each year, 20 high school sophomores and juniors from our Federation’s catchment area are selected to participate. They meet approximately once per month for five hours, live together for three Shabbaton, and do various other activities together. There is also travel and close partnership with Israel. Each Diller community outside Israel, of which there are 16, is partnered with one inside Israel. Our partner is Rishon LeZion, just south of Tel Aviv. Young people from there will spend ten days in our community just before Pesach, and our kids will spend a week there as part of their culminating Diller experience: three weeks in Israel in July. The program’s curriculum is built around six “pillars”: Leadership, Jewish Identity, Israel, Tikkun Olam, Pluralism, and Jewish Peoplehood.

My family is new to the Diller world. Our son, Caleb, who is participating this year, is the first in our family to do so, and the group has met only three times so far. But in light of Caleb’s strong enthusiasm already and what my wife, Phoebe (who joined me), and I saw in Philly, we’re already all in. There is, of course, much angst in the Jewish community these days about continuity, and it is well placed. For too many of our kids, Judaism is not a meaningful part of their self-conception. But while our attention to this challenge is appropriate, we should not let it blind us to the signs of light and causes for great optimism. Diller is one.

The energy and enthusiasm at the conference were palpable. As it’s a teen program, many of the front-line staff are in their twenties or early thirties. These people, with their combination of serious purpose and boundless enthusiasm, give one great hope. Ours, by the way, is named Scott Kalmikoff, and he’s awesome. Though only in his second year on the job, he presents like a seasoned pro. The kids love him, and it’s easy to see why. An Orthodox rabbi, Scott embodies Jewish pluralism: raised in a multifaith family, he spent the High Holidays davening in shuls ranging from the Mount Freedom Jewish Center in Randolph to the Upper West Side’s Bnai Jeshrun. He clearly loves all facets of Judaism and all types of Jews. We are grateful to have our son under his tutelage.

The conference, held at the National Museum of American Jewish History, had numerous highlights. To list only several:

It was a thrill and an honor to be there.

Craig Levine, from Montclair, is a Global Connections Tzafona committee member and a Diller lay leader.